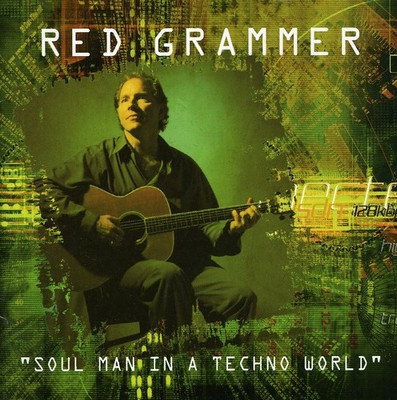 Red Grammer began his performing career as the 'singing cat' in the first grade play in Livingston, New Jersey. In fourth grade his family moved to Little Silver, on the Jersey shore, where he started taking drum lessons in school, joined the chorus, sang solos in the junior choir at church, and spent hours at home singing along with records, especially those of Johnny Mathis who Red claims was his first 'voice teacher'. (He does a credible J. Mathis imitation to this day). In fifth grade he began teaching himself to play Peter, Paul, and Mary songs on his brother's Harmony acoustic guitar and by sixth grade had written his first song. Starting in seventh grade he became the lead-singing drummer in a succession of 'rock' bands that played most of the dances in the firehouses, church halls, beach clubs, high schools, and teen clubs in the area until he graduated high school in 1970. At Rutgers University he spent hours writing songs in the reverberant tunnels beneath the campus and sang in the Rutgers Concert Choir and Glee Club. After two years he transferred to Beloit College in Wisconsin where sang in a 'country-rock' band and in the Concert Choir and Chamber singers. In his senior year he met his future wife and co-writer, Kathy. Upon graduation he began performing in the Midwest folk scene resulting in his being named one of the top 5 singer/song writers in the Chicago area at the Ravinia Festival in 1977. He and Kathy were married in 1976 and moved to S. California in 1978 where Red worked in clubs while trying to land a record deal. In 1981, he replaced Glenn Yarbrough as lead singer for the Grammy-nominated folk trio, the Limeliters, and traveled nationally and internationally with the group for 8 years resulting in five recordings and numerous TV appearances as well as 'Specials' for PBS and Showtime. Meanwhile Red and Kathy created their first album for children in 1983, Can You Sound Just Like Me?, followed by four more multi-award-winning children's recordings including Teaching Peace which the All Music Guide has hailed as 'one of the top five children's recordings of all time'. He has appeared on NBC's The Today Show with Katie Couric, the CBS This Morning Show with Mark McKuen, and Nickelodeon, as well as on his own Disney Channel Concert Special. In the midst of tremendous success as a performer and writer for children, Red made time to record his songs for adults resulting in the 1993 release, Free Falling. This collection captured the attention of Christine Lavin who featured selections from Free Falling on her 2 compilations, Follow that Road and The Stealth Project-musicundertheradar. Christine calls Red 'My favorite singer. His voice is a magnificent instrument and his songs touch us in the deepest way possible'. Now with his Winter 2002 release of Soul Man In A Techno World Red once again brings his talents as a singer-songwriter for adults center stage. This powerful new recording showcases the incredible range of Red's vocal gifts and takes his exquisite songwriting to it's highest level yet.

Here's what you say about
Red Grammer - Soul Man in a Techno World.