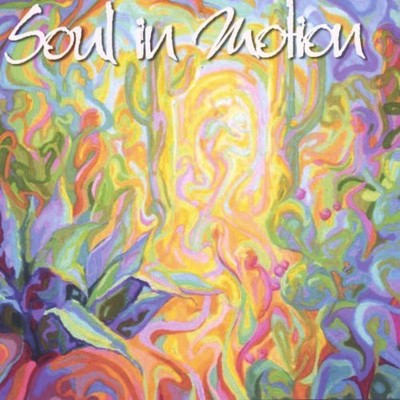 'This talented artist recently appeared on the main stage at the Tucson Street Fair and last month at Bentley's...The stories she tells through her lyrics and keyboards will move you to laughter and melancholy. Truly a great songwriter and performer.' -Bentley's House of Coffee and Tea 'Amber wowed the crowds at the Just Desserts concert Saturday night...' -Jon Grover, The Tundra Drums 'APRN Song of the Year Contest 2003...Category Winners: Others: Breathe Into Me-Amber Norgaard' -2003 Alaska Public Radio Network ABOUT THE ARTIST... Amber grew up in Spencer, Iowa where she was exposed to music at an early age. It didn't take long for her to begin incorporating music into her life. When she was young, she learned to play the piano and saxophone. During her high school years, she sang and played music at various school functions. While in college, Amber lived in the Dominican Republic for a semester taking classes and volunteering as a student nurse. It was during this time that Amber first began to teach herself how to play guitar. After graduating from Creighton University with a Bachelor Degree in Nursing, Amber spent the summer volunteering with Creighton University's Institute for Latin American Concern in the Dominican Republic. She then continued to work for two years as a volunteer nurse in the Jesuit Volunteer Corps. She spent her first year in Oregon and her second year in Alaska. During this time, songwriting became a means to process social injustice situations that she encountered through her work and daily life. After finishing her second year of volunteerism, Amber decided to continue living in Bethel, Alaska working as a nurse. During her six years living there, she continued to foster her love for music and began to develop her skills as a singer/songwriter. She played for small local venues and eventually decided to pursue her music aspirations with more commitment and put her music on a CD. 2003 was a busy year for Amber. Her song 'Breathe Into Me' placed as a semi-finalist in the 2003 Alaska Public Radio Network's Song of the Year contest. She also began recording her CD while working full-time and traveling part time playing music. In the fall of 2003, Amber moved to Tucson, Arizona where she currently resides. Her CD was released in July 2004, and she continues to spend her time playing music in Arizona and Alaska, and various places in between. Amber's music is heartfelt with raw emotion which people of all ages can relate to and enjoy. Her songs are about human experiences and are written with well-developed, honest lyrics. From the driving beat of 'Fly to the Heavens' to the realistic insightfulness of 'Soul in Motion', Amber's music melds contemporary folk and light rock into a style that is all her own. ABOUT THE ALBUM... Amber's debut album Soul in Motion is a collection of songs reflective of the human journey. The songs range from Amber's early days of songwriting, such as 'Still In Here,' a song portraying the struggle of finding and losing oneself, to her more recent work exploring similar themes, such as 'Soul in Motion,' the title track of the CD. The album takes the listener on a journey through emotional pondering about following one's calling in 'Heed,' to reflections about anger and emptiness fueling injustice and war in 'Blessed Be This Mess,' to the social plight of migrant persons in 'Camino Del Diablo.' Amber processes societal situations and human experiences through poignant lyric writing and passionate vocal melodies complemented by her piano and guitar playing. The making of this album occurred in Alaska and Arizona. Andrew Steele played drums and Shane Welch played bass on the songs 'Soul In Motion,' 'Both Sides,' 'Heed,' 'Breathe Into Me,' and 'Unrest.' Shane also played electric guitar on 'Both Sides' and contributed the bass part on 'Nothing Ends.' Vince Chmielarczyk played electric guitar in 'Unrest' and 'Soul in Motion.' The drums, bass, and electric guitars were recorded at DeSmet Sound in Bethel, Alaska. Jen Marasco contributed supporting vocals and 12 string guitar in 'Soul in Motion' and 'Heed.' Richard Katz made a guest appearance on keyboards in 'Both Sides' and played the piano solo in 'Still in Here.' Richard's contributions were recorded at Allusion Studios in Tucson, Arizona. Produced by Jim Pavett and Amber, the songs 'Fly to the Heavens,' 'Bob Schmidt,' 'Blessed Be This Mess,' and 'Camino Del Diablo' feature Jim Pavett on drums, Mark Lindholm on bass, Doug Floyd on electric guitar and Richard Katz on strings. The drums, bass, electric guitar, string arrangement and Amber's piano were recorded at Allusion Studios in Tucson, Arizona. The other seven songs were produced by Amber. She sings lead vocals on all songs and plays piano on all songs except 'Fly to the Heavens.' She contributes additional keyboards on 'Heed' and 'Nothing Ends' and plays acoustic guitar on 'Fly to the Heavens,' 'Both Sides,' and 'Still in Here.' Amber's vocals and piano were recorded at DeSmet Sound in Bethel, Alaska, Allusion Studios in Tucson, Arizona and Fireweed Music Productions in Tucson, Arizona. Her acoustic guitar was recorded at Fireweed Music Productions in Tucson, Arizona.

Here's what you say about
Amber Norgaard - Soul in Motion.