Valentine - Songs of the Beloved 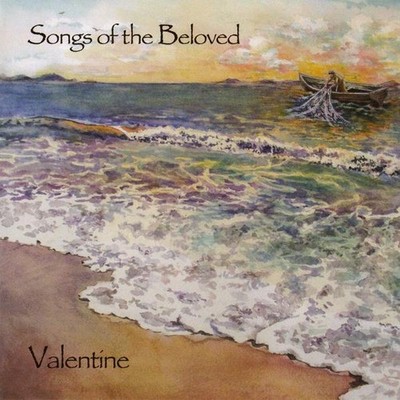 Peter is a professional musician and teacher working in New York City. He performed on keyboards and guitar in the International Tour of "Rent" (2000), and on the Broadway stage as a cast/orchestra member in "The News" (1985). Peter served as Musical Director for the National Tour of "Footloose" from 1998-2000. His extensive list of performing credits includes appearances with Pat Benetar, Bruce Springsteen and Bill Chinnock, and tours with singer Peter Hofmann (1992-5). He has performed on TV with Carly Simon (Conan O'Brien, Good Morning America, and Regis and Kelly) and Tony Bennett (Irving Berlin 100th Birthday Tribute). From 1990-1995, Peter was a member of the New York City band "Twenty Seven Heavens." As a commercial singer, he has sung lead and background vocals on many familiar jingles, including Hanes ("Wait'll We Get Out Hanes on You"), Dr. Pepper ("You're a Part of Me"), Folgers ("The Best Part of Waking Up"), Dodge ("America's Truck Stop"), Safeguard ("This Time I'll Play it Safeguard"), Chex ("Chex, the Classic Crunch"), Noxema ("Let it Begin with Beautiful Skin"), Red Stripe ("Get it Right with Red Stripe"), and many others. Some of Peter's vocal influences include Paul Rogers, Freddie Mercury, Stevie Wonder, Lou Gramm, Elton John, the Eagles, the Beach Boys and Billy Joel. Tim is a member of the New York Province of the Society of Jesus (the "Jesuits") currently serving in the military. He has graduate degrees in music, theology, philosophy, and education, and has taught at Fordham University (2000-3) and the United States Military Academy (2006-8). Tim has been a church musician, serving as organist and choir director for various parishes and seminaries in the New York area for 30 years. His albums of liturgical music include In Our God (NALR/OCP, 1984), The Fire of Love (GIA, 1998), and Rhythm and Rhyme (GIA, 2002); Fire and Rhythm were both produced by Peter. Tim's music has been recorded by other artists, including Gospel singer Vaneese Thomas. We hope you enjoy our collection, Songs of the Beloved. Tim composed them during his deployment in Iraq (2005-6) as a kind of musical "aid" for people who have not heard the Gospel, and for those preparing to enter the Church. As you know, St. John's Gospel plays a central role in evangelization, for it shows Jesus eliciting faith from his hearers, drawing them into a deeper love for him. In order to reach people with different musical tastes, Peter's beautiful arrangements employ a variety of styles, so that there might be "something for everyone." Our intention was to make music that is faith-enhancing, artistically satisfying, and fun. We hope it shows. Tim Valentine, SJ Peter Valentine.

Here's what you say about
Valentine - Songs of the Beloved.