April Dawn - Something to Say 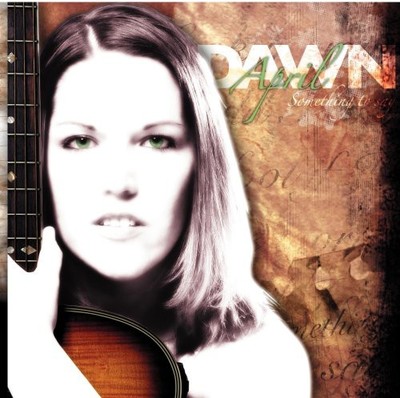 Hailing from Bastrop, Texas, April Dawn brings her trusty guitar, her impassioned voice, and her heart on her sleeve. In her aptly named debut album, Something to Say, April is the compelling voice for every human heart. Her lyrics describe the dynamic situations and inner turmoil that we all face, in and out of love, so that each interaction with her a music is a poignant experience. Drawing from a deep appreciation of music at an early age, April found joy in singing along with her favorite artists, and hoped to become a musician herself one day. That dream didn't solidify into reality until she received a guitar for Christmas when she was 18. Immediately, she began taking lessons, and quickly exceeded her instructor's expectations. She played fervently, up to six hours a day, for her parents and friends. Soon, she was writing songs and singing her own music, carving out her own style. After she graduated from college, April moved to Austin, and thus began her journey to becoming the musician she is today. She played at open mics in coffee shops, and small gigs at restaurants and live music venues, and was featured in the Big Red Sun Benefit concert along with Patty Griffin, Bruce Robison, Kacy Crowley, and John Dee Graham, amongst other talented musicians. Something to Say was a meandering project two years in the making. It involved a lot of torturous starts and stops, and a few unexpected turns, but finally has come to fruition. It's crafting required copious amounts of patience and perseverance, but with the help of some amazing musicians and music engineers, it's become a full body of work that realizes it's potential as a heart-rending experience that, like April, truly has Something to Say. © 2006 April Dawn.

Here's what you say about
April Dawn - Something to Say.