Thomas Lane - Something to Hold Onto 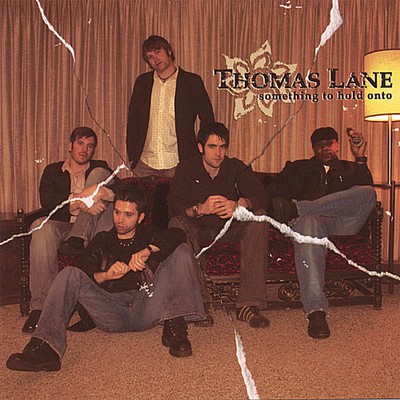 THOMAS LANE IS... David Burleton - vocals, guitar Derek Wrobel - vocals, guitar, piano Ben Estes - guitar, vocals Frank Babeck - drums REVIEWS OF THE ALBUM... Milwaukee Shepherd-Express (July 2006) The '90s were a flashy time for music: Grunge superstars created an arty alternative for hard-rockers, eclectic pioneers such as Beck created modern music collages, and below-the-radar indie-rockers honed hip, cutting-edge sounds in preparation for the millennium. Amid all these heavily hyped, new music styles, a movement of bands like the Counting Crows and the Wallflowers eschewed the latest trends and dedicated themselves to recording songs in the spirit of traditional American rock and pop. Milwaukee's Thomas Lane follows in the footsteps of those gimmick-free groups, as well as bands like Guster and Matchbox 20, pop-rockers whose conventional sound secured an ample audience even after the bottom fell out from alternative rock. Their debut album is heavy on big, euphoric hooks and sincere, sentimental lyrics, but free of any counter-culture pretenses or overtly contemporary influences. All their songs could have been recorded any time over the past 15 years, and many of them are so breezy and immediately infectious they'd fit right in on commercial radio. It's no wonder the Wisconsin Area Music Awards crowned Thomas Lane Best New Artist recently: You'd never guess such a slick, expertly crafted album was recorded by a band that formed just a year ago. -Evan Rytlewski TheMusicEdge.com (May 2006) It's hard to find any information on this band, like why are they called Thomas Lane when it's not the name of a guy in the band-is it a street? I suppose it doesn't really matter. It's the music that counts-and the music is very good. The songs here are melodic, hook-heavy, with catchy lyrics and lush harmonies, all the right ingredients for a good pop-rock recording. The first song, "Casual Indifference," starts starkly, and then bursts into a full band song, grabbing your attention and holding it. The band slows it down just a bit with the heartfelt balladry in "Boston Song," "All But You," and "For Days." The high-energy musical barrage continues with "Stepaway," "Girl Next Door," and "Sky to Blue." This CD is a terrific addition to any pop-rock collection. - Kat Coffin.

Here's what you say about
Thomas Lane - Something to Hold Onto.