Sally Shuffield - Something in the Water 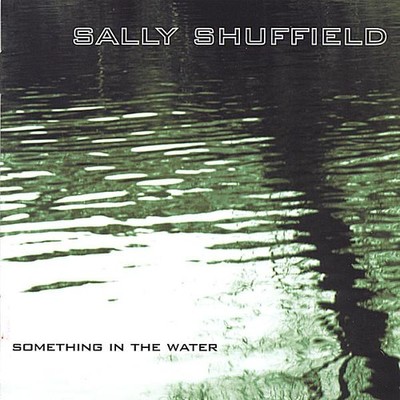 Folk/roots songwriter, Sally Shuffield's, songs take the listener on a journey through the west of the 1800s, small town America, the emotions of love and loss, motherhood, the politics of war, and the search for meaning and redemption in every day life. Her music draws upon a vast life experience from her master's degree in anthropology, to her former career in the environmental/nonprofit arena, to motherhood. She calls Durango, Colorado, home and draws inspiration from the beauty and serenity of small town mountain living. Sally's third CD, "Something in the Water," released in February 2006, follows the rootsy style of her earlier CDs, but also experiments with a couple of non-acoustic numbers, as well a tune that is strictly bluegrass. According to Bill Hahn of the folk radio show, "Traditions," "Sally's sound is new, yet has that wonderful old timey feeling." Her themes include heavy looks into history, including the Mountain Meadow Massacre, the Civil War, and the taming of the west, in addition to songs that address the universal yearnings and ramblings of humanity. Like her earlier CDs, "Something in the Water," attracted some of Colorado's best musicians, including Greg Schochet, Sally VanMeter, Pete Wernick and many others. Sally's performance consists of her original songs, intertwined with stories of the cultures of different regions. Growing up in Arkansas, she experienced her grandparents' rural roots and their connection to the land. Many of her songs are about this region, and the stories she tells to accompany her songs are filled with Arkansas personalities and characters from the Depression days to the Baptist bible town where she was raised. Her songs also tell the story of a modern day migrant to the west, rambling through western mining towns, the canyons of Utah, and the mountains of Colorado, trying to discover a new identity like so many other people who have left their roots to fall in love with the freedom of the west. According to No Depression Magazine, "Although she shares a regional home with other Ozark angel, Iris Dement, Shuffield's decades long stay in the west has tinged her song-writing with themes of coyotes and canyons, as well as lost love and rambling songs." Sally tours regionally and nationally, sometimes solo and sometimes with mandolin accompaniment, playing well known concert series, festivals, and house concerts. She has received glowing reviews, a wide base of support, and radio play on over 100 radio stations nationally and overseas. Most recently she was a finalist in the Avalonfest Songwriting Contest, the Silverton Jubilee Songwriting Contest, and named Artist in Residence for the San Juan National Forest.

Here's what you say about
Sally Shuffield - Something in the Water.