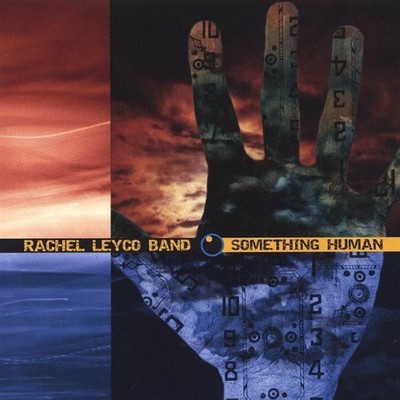 If you plan on seeing the Rachel Leyco Band on a week night in a bar or club, you might want to leave a message at the office saying you'll be late to work the next day. We will not be responsible for you staying out too late to hear 'just a couple more songs.' The music is really good. The sound is big. You won't want to leave. Even if you are devoid of soul and by some chance the sharp fangs of musical awesomeness don't pump you full of intoxicating venom, you will certainly be mesmerized by the witty stage show of this incomparable rock trio. Read on. It is through such high quality performances by which the Rachel Leyco Band [say LAKE-oh] has gained a reputation of respect in Richmond and beyond, among musicians, venue owners and staff, and audiences of all ages. Rachel was only 18 years old when her band was named one of Richmond's five top musical acts by the Richmond Times Dispatch. No small honor, bestowed on the band - in their own words - 'before we were all that good.' That's music-speak for, 'We totally deserved it.' Perhaps it is the contrast between Scott's outlandish ingenuity, Rachel's humble temperance, and John's raucous spontaneity that allows this band to present such musical depth and to entertain on so many levels. The repertoire (or set-list, if you will) is constantly growing and changing. The 45-minute festival set is just as captivating as the 4-hour bar set. The sound is so big, you'll swear there are additional musicians hidden off stage. What the band lacks in personnel, it makes up for in props and pyrotechnics. The original music ranges from fast and catchy to dynamic and emotional. The common theme (indeed the secret ingredient) being Rachel's smooth, rich vocals and crafty guitar playing. During the summer of 2004, RLB began touring to support their long awaited CD, Something Human. They played several dates in southern California and have more recently rocked Nashville, Atlanta, and Birmingham. The band's third studio project, Something Human picks up right from where 2002's Walk Away and Page 102 single left off. The sound is refined and professional, with production quality and radio-friendly songs that will compete head-on with major label releases. The band is back in the studio during the spring of 2006, working on a full-length follow up to Something Human. Live versions of some of the songs can be heard at rlband.com and on the band's myspace site. To hear them is to love them. Come experience the splendor that is the Rachel Leyco Band. But if you have work the next day, consider yourself warned.

Here's what you say about
Rachel Leyco - Something Human.