Pensive - Something About the Stars 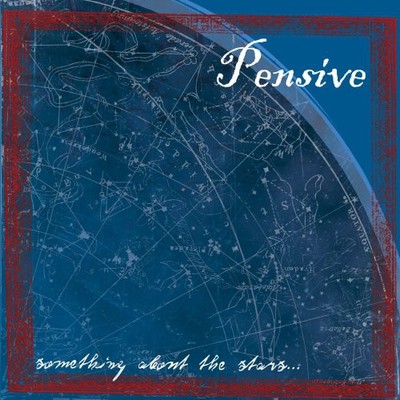 Frankly, we don't get it. There's nothing pensive about these four young pop/punk rockers. From the day their garage rehearsals began luring neighborhood kids to gather and gawk in the driveway, they've pumped a high-octane blend of sharp hooks, smart lyrics, and edgy melodies through a rhythm engine that's become one of the hottest on the US touring circuit. The naturally infectious Pensive tunes make for a lively, energetic stage performance that is becoming the hallmark of these California boys. And with SOMETHING ABOUT THE STARS, Pensive isn't just running down the same road that earlier San Diego bands have already worn smooth. On songs like "Soledad" they slam through the verses in Spanish and the choruses in English, in a more than symbolic gesture of audience unity. It translates in Japan too, where SOMETHING ABOUT THE STARS sold 4,000 copies within two months of release. With powerpop veteran producer Gavin MacKillop on the boards, the anxious love-is-fading single "Yesterday Fades Away," spinning exclusively on the band's MySpace profile, brought Pensive it's first award nod, with a nomination for Best Out of County artist from the Orange County Music Awards. "Yes, the nomination was nice, some validation for our songwriting," explains lead vocalist Julio Godoy, "but more than anything else we love being out on the road, going from state to state, and meeting our fans face-to-face. There's no better validation than 100 kids in Plainfield Indiana jumping up and down and singing our songs at the top of their lungs!" The gypsy life, embracing the road to spread the word with a van and trailer, is considered obsolete by many upcoming bands enamored by the ease and power of the internet to carry songs around the world instantly. But Pensive reels in the physical experience of live performances. Guitarist Patrick Smith continues the story, "The fans we find in all the small venues across the country, who stand at the foot of the stage, sharing and singing our songs with us, hanging out after the show in the parking lot telling the secrets of their towns, those fans are ours for life. The night we meet for the first time is unforgettable." Having chosen for now to remain independent, Pensive has just released it's full length album ARTIFACTS. 'We really love what we do,' Smith continues, and we think it's a great time to be an independent band. We love having our musical fate in our own hands. Kids today are willing to support any band if that band is playing music they love, and we've been fortunate to find some really awesome fans out there.'

Here's what you say about
Pensive - Something About the Stars.