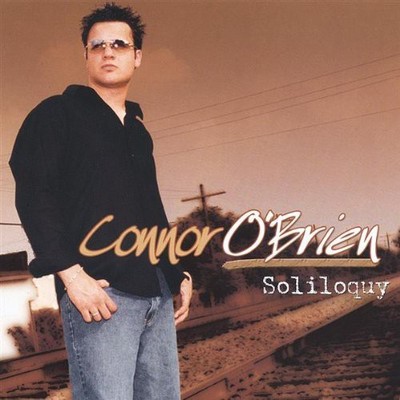 Connor O'Brien - The Story (c) 1999-2000 Connorobrien.com Connor Bogart O'Brien was born in the small town of Ashtabula, Ohio in 1979. After noticing that he loved to perform, using the fireplace ledge as his tiny stage, his parents enrolled him into playing the violin, thinking that he might take to music. Connor, who grew up on a small farm, never realized that he could sing until he entered his high school years. 'It really kind of came as a surprise to me that not everyone else in the world could do what I did. I just assumed everyone could sing.' While performing with different bands, groups, and shows in high school, it became obvious to Connor that his first love was singing, and that he wanted to make a career out of it. 'I guess it wasn't a 'career' choice so to speak. All I knew was that I absolutely loved to sing, and wanted to do it for the rest of my life. I knew that it was what I was going to do, no question about it... and it helped that people seemed to think that I could.' Following his classical training, Connor decided to enroll into the prestigious Eastman School of Music in New York, majoring in Vocal/Opera performance. 'It was a difficult decision for me to go to Eastman, only because I had auditioned at so many schools, and was planning on majoring in Musical Theatre at one of the lesser known institutions. But after some friends, colleagues, and most importantly my parents spoke to me about the level Eastman was on, and what I would get out of it, I decided to go. It turned out to be one of the best decisions of my life.' It was in college that Connor met, trained, and performed with some of the best young musicians in the nation. 'The level of talent and dedication that these kids were on amazed me. I created friendships and connections that would last a lifetime. And it definitely didn't hurt being trained in opera of all things.' It was also there that Connor auditioned for, and was accepted into, the nationally recognized all-male a cappella group, The University of Rochester Yellowjackets. For two years with the group he vigorously rehearsed, recorded two studio albums, and traveled all over the country, including a tour of California. 'I could write a book on my time with the Jackets. It was both the most intense and most incredible thing I had ever participated in at that point in my life. It's truly one of the best a cappella groups in the nation.' During his college years, it quickly became apparent to Connor that he had something special after he was offered the understudy to the leading role in The National German Touring Production of Miss Saigon, and only a few years later made it to the final round of New York City auditions in ABC's 'Making The Band'. 'Making The Band was an experience no one could even try to forget. It really gave you an idea of what you were up against, and I felt pretty well being there at the end of the second audition day, after 250 others had been sent home.' Now, having completed his training, Connor has begun his journey into the music industry as one of the hottest young performers on the market, showcasing his complete devotion to bringing his own uniqueness and originality to today's music. 'I see a huge void waiting to be filled in the pop music field. New acts are continuing to follow and imitate the original trendsetters, not willing to take a chance and carve their own niche; and that is exactly what I'm going to do. Create different songs, push my voice to the limit, and collaborate with artists no one would expect you to. That is how you make it to the top. But more importantly... that is how you stay at the top.'

Here's what you say about
Connor O'Brien - Soliloquy.