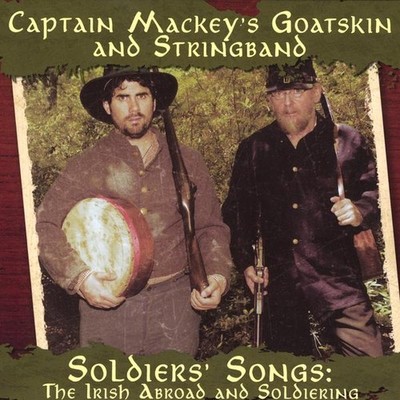 TWO GENERATIONS OF CORK BALLADEERS: Jimmy Crowley and Máirtín de Cógáin Corkmen Máirtín de Cógáin and Jimmy Crowley have given their whole lives to the promulgation and nurture of the ballad. Both men hail from the rebel county of Cork and now reside in America. Máirtín and Jimmy proudly speak the Irish language and have won degrees in the subject from the University of Ireland. Máirtín is a founding member of The Fuchsia Band who have taken many a festival by storm in America. A consummate story-teller, actor, singer and musician, he can be seen and heard in the hit movie, The Wind that Shakes the Barley about the Irish War of Independence and subsequent Civil War. Jimmy Crowley is reckoned to be something of a legend in Irish music from his earlier work with Stokers Lodge, described by Micheál Ó Súilleabháin as 'an icon in Irish music'. He has recorded ten albums of music, is a committed songwriter and a song collector; and has found in Máirtín an able partner and counterfoil for the respect and commitment they both have for all branches of the song tradition from the bardic, Gaelic songs to the present day revival. Captain Mackey's Goatskin and Stringband takes it's name from a legendary Irish-American Fenian and a legendary Cork folk band from the sixties, Paddy's Goatskin and Stringband, which had a seminal effect on Jimmy's musical life. The Stringband's membership is fleshed out by the addition of Irish fiddler Valerie Plested and guitarist Don Penzien for a mighty sound, indeed! . . . . . . . . . . . . . . . . . Irish history was written by the winners while the ballads were written by the losers, said Frank Harte, the great Dublin ballad singer and lifelong ethnographe. Certainly from the 1798 Revolution onwards, the broadside street ballad in Ireland became a formidable political weapon used to great effect in it's didactic role and charged with the natural Irish facility for language which richly flavoured the change from Irish to English. The street ballad therefore, is a powerhouse of truth, a social vignette in it's honest, direct narrative way of telling us the true facts as they are they are free of reflexive and reflective analysis. When Thomas Davis penned A Nation Once Again it was considered to be highly seditious and likely 'to cause disaffection to His Majesty'. P. J. McCall's wonderful Wexford songs like Kelly the Boy from Killan and The Lowlands Low are charged with emotion and the centuries-long desire of the Irish visionaries and revolutionaries to direct the people and instill a desire for autonomy. Right up to the present day, contemporary Irish ballads have been a thorn in the side of hegemony. Songs like The Men Behind the Wire and Only Our Rivers are Free accelerated the withdrawal of British troops from the streets of Ulster while the environmental songs of the new bards are staying the hands of relentless developers. That's only half the story. Long before the ballads the Gaelic poets of Ireland left a priceless legacy of rich, formulaic bardic verse edited by well-to-do Irish-speaking patrons. These Munster poets, when they had to take to the roads produced a genre of love poetry and political Jacobite songs, Aislingí, that has become deeply engendered into the Irish psyche where it refuses to be dispelled. The comic muse, more fortuitous social change and almost every human emotion have savoured the raw materials of authentic Irish balladeers in America ~Damian Brett, Autumn, the year eight.