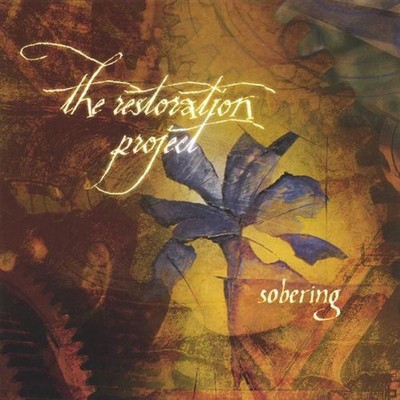 The Restoration Project began in 2000 through the work and vision of Tracy Howe. It was not so much her ambition or desire for rock stardom that led her to book her first tour, but a desire to connect with people. Three years and 400 shows later, her vision was refined and she was more focused than ever on bringing hope to broken people through music and relationship. Touring has been focused on colleges and universities, but The Restoration Project has also visited prisons, drug rehab centers, inner city shelters and continues to visit communities throughout Latin America as well. The band first traveled to Peru and Bolivia in 2001, cultures that embedded sounds and experiences deep in their hearts and come to life every night in their performances. Tracy has continuing relationships and returns often to teach songwriting workshops. She has spoken Spanish for awhile and now has started learning Portuguese. She explains, ?I have learned to cultivate my journey as it intersects with others. Now I am coming into a season where I see how important it is not only to intersect with people, but actually share our journeys and walk together. I think there is great power and hope that come from being knit together. I have seen it take place in cities we visit often in the US and in different regions, and there is no limit to how far it can go. I want to be ready if I'm ever invited to Brazil!? And so the band continues to travel under the radar of industry and pop culture, though recent opportunity and exposure may spoil the ?unknown independent? season for them. The alternative rock duo has played on nearly 100 university campuses in 40 different states relying on relationships and new listeners to keep them moving forward. Recently the band was selected out of thousands of artists for the national NACA showcase (National Association for Colleges and Activities), the largest college booking showcase in the nation. Tracy Howe is a native of Boulder, CO and was classically trained on the piano from the age of five and began writing music by the time she was 12. Her first two albums were recorded during her college years in a basement studio. She began touring full time in 2000 after graduating college where she studied religion and music composition including guitar and West African drumming. Aaron Strumpel grew up in rural Iowa and moved to Boulder, CO in 2002. He started playing jazz trumpet at an early age. He went on to add guitar and voice to his artistic palette, also studying music in College, and counts his jazz upbringing as an essential part of The Restoration Project sound. Both of them are powerful performers and skilled musicians in their own rights, and together they become something wonderfully unique. The Restoration Project is rock, but speaks jazz and carries folk sensibilities and sounds from around the world. The songs tell honest stories about struggles and celebrations on a search for restoration, always set against a backdrop of immense hope. The artists are committed to excellence and creating music that springs from international sources and captures something much bigger than they as individuals ever could be. The band already has invitations to play across the nation in 2005 and with the release of their latest album ?Sobering,? produced by Ben Pasley, promises to be a lasting and ever more successful group.

Here's what you say about
The Restoration Project - Sobering.