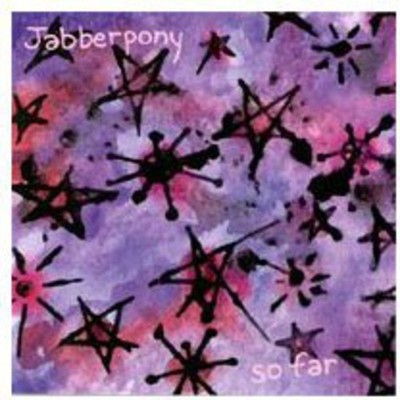 Brought together by a common love of the jangle, Jabberpony serves up a solution to heard-it-before girl rock. The band's latest release, 'So Far', is a catchy collection of folk-tinged modern rock songs with stylistic influences that range from celtic to jazz to country and back again. Since the band was formed, Jabberpony has maintained it's distinctive sound thanks to the catchy, imaginative songwriting and arranging talents of founding members, Abby Cahn (keyboards, backing vocals) and Jim Derrickson (guitar). Together with their brilliant young lead singer Sarah Schoendienst, whom Abby & Jim discovered at a local coffeehouse, and their equally impressive rhythm section with Danny Mack on drums and Bob Hart on bass, Jabberpony has been steadily building a loyal following in the Northeast. Jabberpony (then known simply as 'Jabber') got their first big break when they received a phone call from Sarah McLachlan's management company, asking them to perform on the Lilith Fair Tour. After that great experience (and a lot of elbow rubbing with the big stars on the tour), the band took a break from touring and locked themselves in the studio to begin writing and recording new material for their new CD, which has just been released and is available now. At present Jabberpony is again playing live and expanding their presence in their region by constantly performing at colleges, coffehouses, bookstores, fairs and festivals throughout the Northeast. Jabberpony's music remains difficult to pigeonhole, as it's melodic arrangements and strong vocal harmonies range from caustic intensity to ballad intimacy. On songs like 'Misfire' and the title-track 'So Far,' the band's haunting disclosures suggest both an emotional distance and an open vulnerability-an unlikely match, especially when compared with the Irish folk-inspired, 'Follow You Down.' Another notable song, 'From Your World,' features Star Trek-like sound effects coupled with a jazzy, almost latin feel, culminating in a delightfully obsessive one-sided phone conversation spoken over the band's '60's style loungy musical setting.

Here's what you say about
Jabberpony - So Far.