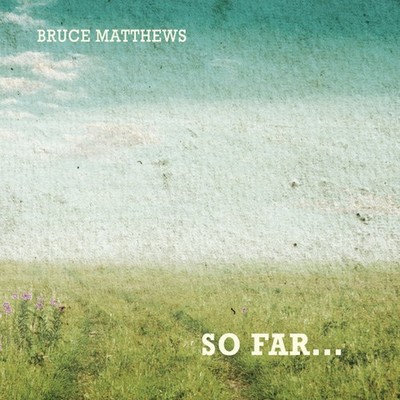 Grand Rapids, Michigan-based independent singer/songwriter Bruce Matthews sings about what he knows best-the outdoors, family, brokenness, redemption, and his journey with his Creator. "You don't live this long without a little time looking in the mirror," Matthews says. "Some things you celebrate. Some, not so much. What you do today with what you see there-that's what matters." And some of what he's doing is making deeply personal roots music. In his youth he played in bands in central New York and later traveled the hotel bar circuit in the Northeast and Midwest before packing up his guitar and heading to graduate school. "My buddies and I had some fun, and we paid some dues, but music wasn't going anywhere for me," says Matthews. His career in outdoor and environmental education led to positions in New Hampshire, New York and Michigan, and eventually to becoming founding president of the Recreational Boating and Fishing Foundation (Washington, DC). He's now executive director of the North Country Trail Association (MI). The common denominator is linking people with the natural world in meaningful ways. But music, though part of that, was secondary. " I'd only dust off the guitar for a campfire now and then," he says. In 2007, when he started attending Ada Bible Church near Grand Rapids, MI., Matthews dusted off his old Guild D-35 and joined the worship team, leading worship music for the services at the church, and later for Men's Ministry programs. At that point the musical floodgates re-opened, and original music began to flow. Matthews started performing occasionally in area coffeehouses. In 2012 and 2013 he was selected to perform at the Grand Rapids Festival of the Arts. In 2013 Matthews was named a 'Featured Artist' by Bedell Guitars. His demo CD, Can't Be About Me," was released in 2012, and his first full CD, 'So Far,' released in 2014. The song 'Can't Be About Me,' says it all," explains Matthews. "If I've learned anything in this life, it's that God is doing a mighty work in all of us, and the more I get myself out of the way and let Him lead, the better." Matthews' music is a celebration of relationships, occasionally with a little humor thrown in. He's not afraid to address brokenness. He fearlessly calls himself out, and invites others on a healing and redemptive journey. His roots music is 'gut-honest and shot from the heart.' A lot of it is spiritual, yet wrapped in worldly layers; sometimes it is hard to tell where one ends and the other begins, which maybe is his point. "Hopefully my music helps pick up the broken pieces and make them whole," he says. "Because after all, it's not the brokenness, but what you do with it, that matters."

Here's what you say about
Bruce Matthews - So Far.