Lee Smith - Sittin on a Secret 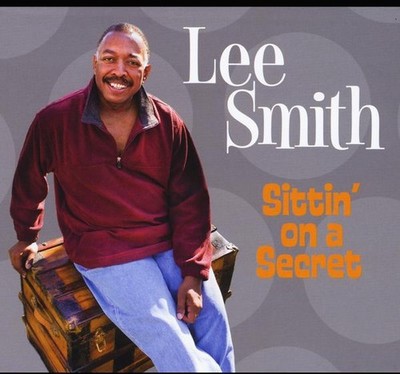 Sittin' On A Secret - Lee Smith When I saw that my father's debut solo disc was called "Sittin' On A Secret", my inquisitive Gemini nature made me wonder what subliminal "secret" he was referring to? Was it his bass playing? No, that's no secret. Was it his writing? Perhaps, but certainly not a surprise. Was it his arranging? Again, maybe a secret, but no surprise. It's certainly no secret that everyone who knows know him thoroughly respects his musicianship. From his R&B days playing electric bass with The Delfonics and Billy Paul, to his days touring the world with the late, great Cuban conguero, Mongo Santamaria, then later switching to acoustic bass and playing with Odean Pope, Trudy Pitts, Bootsie Barnes and many other jazz giants, his great musicianship has never been a secret to be sat on. Listening to these original compositions, arrangements and wonderful bass work only confirms what my father's bass playing have made people suspect for years - his talent reaches far beyond the instrument. His arranging skills conjure up a combination of Chico O'Farrill, Marty Sheller, Deodato and a big chunk of Art Blakey & The Jazz Messengers. His bass sound is a pure, woody recipe of Paul Chambers and Jimmy Garrison. But all of these influences are filtered through a singular, personal lens. My dad is his own man, for sure. My chest swells with pride and happiness as I write words about my father's first recording as a leader. Yes, I know that's a sentiment usually reserved for parents, but in this case, I'm sure you'll understand. Listening to my father flourish in such amazing musical settings, I'm happy to say that only I can react with the words, "Yep, that's my dad!" If indeed there is a secret that my father is sitting on, it could only be that there's a lot more wonderful music from where this came from. I look forward to the next release... and the next one after that. Go ahead, dad. Congratulations! Your son and fan, -Christian McBride MUSICIANS Lee Smith - Acoustic Bass Anthony Wonsey - Piano Justin Faulkner - Drums Tim Warfield - Tenor & Soprano Saxophones Terrell Stafford - Trumpet & Flugelhorn Marc Adler - Flute Duane Eubanks - Trumpet (Morning Glory) Bill Meeks - Piano (Aquarian Reprieve) Denise King - Vocals (Super Star) Recorded, mixed & mastered by Glenn Ferracone at The Music Centre, Exton, PA Executive Producer - Lynette Connor Producers - Lee Smith & Barbara Montgomery Vectordisc 026.

Here's what you say about
Lee Smith - Sittin on a Secret.