Fred Engler - Since Then 'Till Now 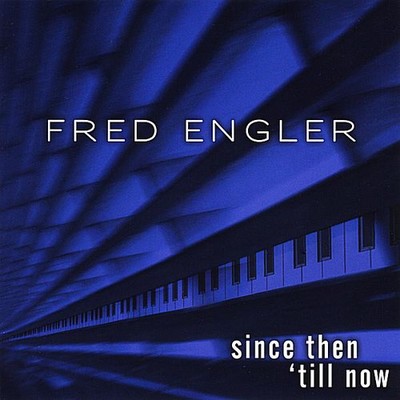 Canadian Smooth Jazz Awards Winner Keyboardist/Composer, Fred Engler, grew up learning to play classical piano initially. However, in his search of greater musical freedom, he ultimately became hooked on jazz in his teens and followed through by playing the party circuit throughout his years in university. As other pressures in life arose, Fred was compelled to virtually desert his music for a period of decades as he focused more on worldly things - such as earning a living and raising a family. In any event, composing catchy melodies for films and jingles now and again wasn't really his ultimate goal. So, in the past few years, Fred's longstanding and ongoing fascination with West Coast jazz finally provoked him not just to visualize but also to realize his first full studio project, since then 'till now, focusing on precisely what has always motivated him musically - melody. To this end, Fred has teamed himself up with producer, Dima Graziani and then tapped into Toronto's dynamic music scene assembling a superb cast of 18 musicians for what is a truly remarkable Canadian smooth jazz debut. In Graziani's studio, Engler's silky smooth riffs enabled his melodies to reign in what is a truly gratifying blend of both vocal and instrumental tracks - while, at the same time, creating some delicious space in his beautifully-crafted orchestrations for extemporizing by improvisation masters such as saxophonist Andy Snitzer, guitarist Tony Zorzi and flutist Bill McBirnie. So successful has Engler's very first release proven to be that Fred has been nominated and won as "Keyboardist/Pianist of the Year" for the 2009 Canadian Smooth Jazz Awards (which honours outstanding artists, both Canadian and international, who have contributed to the success of the Smooth Jazz format here in Canada). Fred fully intends to pursue his craft as he indicated in a recent Smooth Indie Star interview where he states: Toronto is absolutely amazing in terms of the wealth of world-class talent here - and in every area - whether it's recording facilities, musicians, production capability - you name it! That makes for a very healthy scene and I really hope that my debut release will advance the cause of Smooth Jazz here in Canada and beyond because this is a great - as well as an accessible - idiom that focuses on the most important thing which caught my attention as a young musician in the first place - melody!

Here's what you say about
Fred Engler - Since Then 'Till Now.