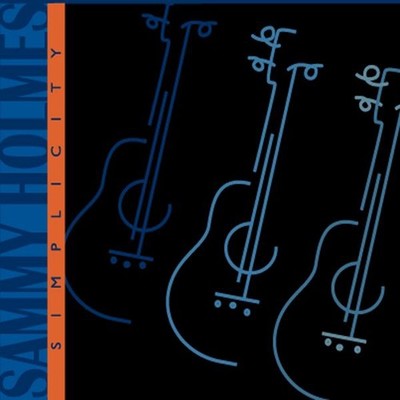 Boppin' with Boop.............When I went to record the songs for this CD, some were still unnamed. For 20 years I have been coming up to Priest Lake, Idaho to play Snow Shoe Softball every January. There was a gal who lived there, by the name of Betty Bopp (pronounced Boap; rhymes with soap). Everyone, and I mean everyone, who knew her, adored and loved her. She looked very much like Betty Boop, and everyone called her Boop. She passed away suddenly, 8 years ago. When I went up to the Nut House in Priest Lake to record this, as I went into the house I saw a Betty Boop poster. This was the lucky song that got to be named after Betty. A Smile to Light a Million Stars...........A bunch of us were hanging out having a great time one night and I looked across the room at my pal, Tanya, who just happens to have the most gorgeous smile on this planet. And I thought, if Helen of Troy had a face to launch a thousand ships, then Tanya has a smile to light a million stars. Then, I thought, hey, that's a great line. I should put it in a song someday. But, when someday came, the song ended up being an instrumental.......... Viajes de Tortuga.......................Travels of the Turtle. This song alternates between two modal parts. One part makes me think of a turtle walking on land, and the other, swimming in the sea. Written at the Chateau. Thanks Scott! Mary Louise..............written for my mom, Mary Louise Holmes, who was the one who encouraged me to play music. She got me piano lessons when I was in first and second grade. She bought me my first guitar, a $20 job at some pawn shop. And she liked watching Hee Haw, and I would watch it with her and I always enjoyed the part of the show where Roy Clark brought some great guitar player on to the show. I wrote most of this song one afternoon while I was visiting my mom in Portland. The Good Morning Lullaby...................Bon voyage, Shannon!!! Sleepy Sunday..............This song began on two separate all-nighters I spent in the Albuquerque Airport, beginning and ending a trip back to Oregon over Christmas break during the year I spent in St. Michaels, AZ. While I was in Arizona, a group of us teachers would make regular trips to Flagstaff. We would often see this great singer/guitar player named Steve D. Reynolds. He only finger picked, never used a flat pick. I asked him why and he says it was mostly because he was never very good with a flat pick. There was a lot of resemblance in that remark to my guitar playing. He could play the bass line with his thumb and pick out the lead and rhythm with his fingers. He put a mike in an old suit case and tapped his foot on it for a kick drum, and there was your one man band. Here's to you, Staggering Steve..........sure hope you get to play long. Reverse Fibonacci...................Tired of writing songs with seemingly overly predictable chord structures, and knowing that music 'works' because of math and physics, I decided to see if mathematical series could 'write' some chord structures for me. Fibonacci was some Italian mathematician who used the Fibonacci series to explain the breeding of rabbits. If I took the each number in the series, divided it by 7, and let the remainder give me the number equivalent of the chord, it repeatedly made a progression of 14 chords. Which was cool. But the progression didn't make much sense, until I turned it around backwards. Voila, very different and very cool. That only explains the A part to the song. The B and C parts resort to more conventional patterns. Oh, and it turns out that the Fibonacci series existed for at least 700 years before Fibonacci himself existed. Zia...........I used to play several times a week at Zia Restaurant in Corvallis, which is probably the biggest reason this CD was made. In the beginning, I had an hour of original and cover instrumentals, and I would just play the set twice. A few weeks later, they were informed that if they wanted to have cover music played there, they would have to pay a hefty sum to ASCAP and BMI. So, I ended up writing about a dozen songs in a rather short period of time, most of which are on this CD. I became very close with the owners (Kathleen, Diego and Damien) as well as the employees. On one slow day, I started noodling around on some notion that eventually evolved into this song. Zia Restaurant is no longer open, but they have a great food booth at the Corvallis Farmer's Market. New Mexico Food in Oregon, who said heaven can't be found on earth? Walking the Swank.....................So, the week after I found out that Zia can no longer have cover songs I end up taking a week long trip to visit my buddy, Doug, in Maui. This is one of 3 songs that I wrote while I was visiting him. Maybe, if I wrote a few more then I could pull off the whole two hours at Zia without playing any covers........ All the Things from Oregon................. For Dani.

Here's what you say about
Sammy Holmes - Simplicity.