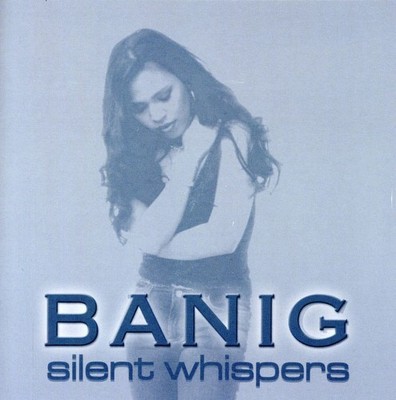 As many watched her blossom from a little kid wonder to a woman of a total performer caliber, it is certain that Banig has what it takes to succeed in the very competitive world of the music business. Many performers have tried, but most failed. Though it ain't easy, Banig has certainly gone a long way. Filipinos take pride. They rejoice that someone with such talent could represent their country with honor and respect. But Banig, a true performer belongs to everyone for she is a world class entertainer! Her first television appearance was at age 7 when she joined a singing competition where she became the champion for 7 consecutive weeks. By the age of nine, she was already a dominant presence n the Philippine concert scene. She then reached a bigger acclaim when she joined the International Star Search competition at the age of 10. Banig, representing the Philippines became the first and only Filipino champion and with that, the young performer who strutted her world class talent on stage back home had now caught the attention of the U.S. scene. Since then, Banig has appeared in numerous television shows such as the Arsenio Hall Show, Into The Night With Rick Dees, Maury Povich Show, Super Dave Osborne Show, Good Day LA, AM Los Angeles, and more. She even sang the Star Spangled Banner for the Clippers vs the Kings and In 1994, Banig released her first U.S. CD entitled 'Can You Feel My Heart?' under Del-fi Records. She also received an overwhelming response from students of different races when she was offered to headline a school tour to promote her CD. Banig has been headlining her own solo concerts since she was 10 years old, including a concert in Manila which was attended by half a million people, and sold out shows in Atlantic City's Trump Taj Mahal. She has also staged solo concerts in prestigious venues such as the Wiltern Theater in L.A., Cow Palace in SF, City Center in NY, The Roxy and Hollywood Palladium in LA, San Diego Convention Center and Copley Symphony Hall in San Diego, and many many more. Her latest CD release Silent Whispers is a 14 track compilation of strictly soulful pop love songs with a mix of club-hitting upbeat anthems that not only showcases Banig's vocal range, but also her ability to write and produce. Through the years, Banig became a phenomenal talent and a true artist of the first caliber. You can hear it in her music and see it in her concerts. What makes her different from many other artists out there is her universal appeal. She has the making of a true international superstar, for she has the ability to capture audiences of all ages and all races. She has followers who have supported her career since she was a little girl. And those who see her perform is automatically captivated by her powerful voice and energetic dance moves. Banig has all the makings of a true artist who can be in the big league. Her fans await but for the rest of the world who still don't know her, hopefully, will soon find out what they are missing out on.

Here's what you say about
Banig - Silent Whispers.