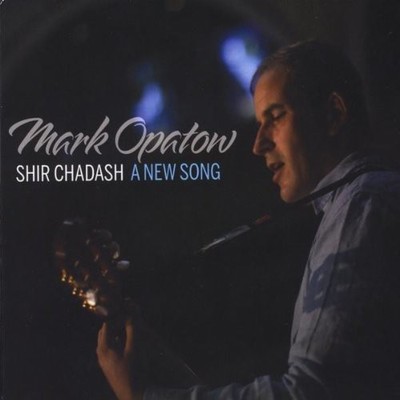 When Mark's grandmother was about to turn 16, times were good for her family, and she was given the choice between a fur coat and a Steinway baby grand piano as a birthday gift. She chose the piano... Almost half a century later, Mark was born into a family of musicians and grew up in Philadelphia and New York. He started playing guitar when he was 12 and spent his teens playing electric guitar in rock bands. In college, he studied classical guitar and did not take singing seriously until, in his senior year, a professor suggested he take voice lessons. He earned a master's degree in vocal performance from the Aaron Copland School of Music at Queen's College in New York, and has sung with professional ensembles throughout the U.S. and abroad, including the Aspen Opera, New York's Ensemble for Early Music, New York Baroque Collegium, I Cantori di New York, the Jerusalem Oratorio, Jerusalem Baroque Orchestra, and the Mantua Singers. He was living in New Orleans, singing with the New Orleans Opera and at Temple Sinai (right off the streetcar on St. Charles Avenue) when he decided to study for the cantorate. He was invested as a cantor by the Hebrew Union College - Jewish Institute of Religion in 2003. After serving for three years as the cantor of the Stephen Wise Free Synagogue on Manhattan's Upper West Side, Mark now travels regularly to congregations throughout the country. He can often be found at Alabama's oldest Jewish congregation, the Springhill Avenue Temple in Mobile. His debut solo album, Shir Chadash: a New Song, draws on a range of influences from the many facets of his musical life. It is a collection of original compositions with texts from the Kabbalat Shabbat section of the Friday night service, and features vocal harmonies by his sister Sandy Opatow and her partner Pat Humphries (the folk duo Emma's Revolution). Mark leads services, teaches, and gives concerts at synagogues across the country and lives in Miami Beach with his wife Alicia and their loud, orange cat Sunny.

Here's what you say about
Mark Opaton - Shir Chadash: A New Song.