Johnny Holliday - Shine in Me 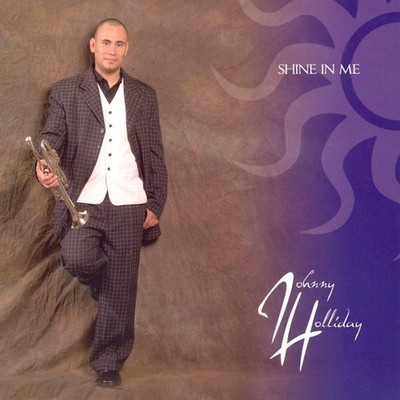 " I believe that this nation is in enough distress as it is, so if there is any way I can encourage anyone, either through speaking, listening, or music, that's what I'll do. I can't change the world, but I can try to help lighten the burdens of those around me." -Johnny Holliday Excellent musician and performer Johnny Holliday serenades audiences with his unique renditions of popular songs and original music providing an amazing show that is tailored to any event. With Smooth, Latin & Contemporary Jazz as well as several other styles, his repertoire reflects his virtuosity. Johnny brings a different dimension to his music, as he is both a disciplined military member, and a man of deep faith. He offers an excellent collection of recorded works as a multi-instrumentalist and vocalist, alongside his expertise in front of an audience, a fact our armed forces know well. When you hear Johnny Holliday playing you are having a great time! Johnny is often found performing in concerts, festivals, as well as for Military Dignitaries and Ambassador's from Foreign Countries. Some of his previous performances also include opening for major artists such as Al Jarreau, Lauryn Hill, Layla Hathaway, Johnny Gil and many more. His music is sought after internationally within both popular and military circles. And on special occasions, Johnny is requested to perform at personal events, from dinner parties to formal military balls by 4 Star Generals. He has released two full Jazz CD's 'Shine In Me' and "In The Light" that were featured on local news stations NBC, CBS and FOX. In addition, he has also released four Jazz Standard singles entitled 'The Standard' while maintain and active duty military career. Johnny Holliday is an active Air Force Member, who grew up playing the trumpet and developed his excellent ear touring with the Air Force Show Band "Tops in Blue" performing in 14 countries and 44 states. While serving in Iraq, the long hours as a Security Forces Member created what Johnny calls a "spiritual training ground". During a landmark moment, far from his loved ones and family, after playing alone in a church, Holliday was asked to share his gift with the troops and perform on the base. It was then that he finally found the truth of his life path, " Playing my trumpet for that music show was an epiphany. Just as my military career and love of country are very important to me, I finally recognized I equally love my music."

Here's what you say about
Johnny Holliday - Shine in Me.