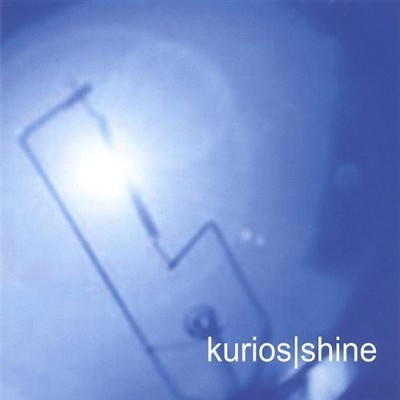 The guys from Kurios (pronounced 'curious') have been playing together since January 2005, when Jeremy Rochford (bass, bgvs) joined Jai Brinkofski (guitar, bgvs), Keith McGonigle (drums), and Liam Slack (vox, guitar) to fill the lineup in it's current form. But the history of Kurios has seen the band make steps toward establishing itself as a serious full time endeavor. The band has been blessed with incredible growth, and with the new lineup and a new record on the way, is poised to make an impact on the national level. Kurios plays over 120 shows per year, have received national recognition in a variety of venues, and have shared the stage with some prodigious talent (Skillet, Pax217, Relient K, Jeremy Camp, Rock and Roll Worship Circus, Sanctus Real, Seventh Day Slumber, The Benjamin Gate, and a great many others). With some incredible doors opening, the band is looking forward to even more growth. Their touring schedule is expanding rapidly, and the band's sound has grown in leaps and bounds, thanks in large part to new members and a more aggressive emphasis on song development. Their new direction has turned quite a few heads in the industry, and the guys believe the best is yet to come. Stylistically, the band's sound can best be described as edgy, melody driven rock. The bands that they seem akin to on a musical level include Foo Fighters, the Starting Line, Jimmy Eat World, Switchfoot, and Relient K, with a twist that allows them to wear their inspiration on their sleeve without sounding derivative. While they have elements in common with some of their favorite bands, they manage to keep their sound, at once, entirely their own. And as it's name suggests, their new EP, Story Unfinished, is just the beginning. The band has been hard at work writing songs for a full length release, and already have enough material for their next full length CD. Yet they continue to write, knowing that their next song will be better than their last, and continuing to evolve as a group. Kurios is a band that is generating a great deal of excitement, both in the industry and among their fans. They are grateful to those in support of them, and feel truly blessed by God to have these incredible opportunities. The band has untold potential, and know they have the power to change people's lives through their music and the message it carries. So stick around, and keep an eye on these guys. God only knows where they'll go from here.

Here's what you say about
Kurios - Shine.