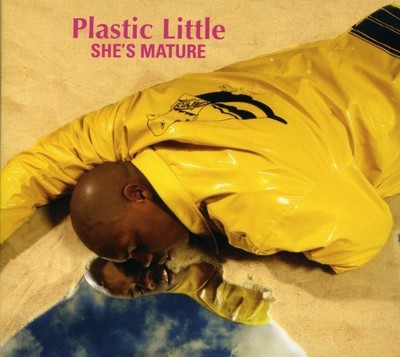 Plastic Little exists in a special place somewhere between Jay-Z and Star Wars, between drug filled after parties and Harry Potter, between drunken one night stands and Sunday calls to momma, between Southern bounce and East Coast rap aesthetic, and between debauchery and virtue... actually, scratch virtue out and let's just leave it at debauchery. Yeah, these Plastic Little kids sho' is strange. However, this strangeness has lent itself greatly to their appeal, an appeal which crosses racial borders and begins to seep into other music scenes. When one takes note of the crowd at any Plastic Little show, it can hardly be taken for just die-hard Hip Hop fans alone, not even close homey. Plastic Little fans are a collection of people that range from rap nerds to indie rock kids, graffiti writers, punks, skaters, fashionistas, futurists, art school kids, cokeheads, average joe white guys in college, emo kids, ex straight edge kids who now drink, and people's parents really dig Plastic Little. Oh, and die-hard Hip Hop fans really dig them too. Plastic Little is part satire, part social commentary, very poignant while simultaneously managing to be trite and extremely ignorant and offensive. Diplo's a guest on production, so you know it's gonna be tight!

Here's what you say about
Plastic Little - She's Mature.