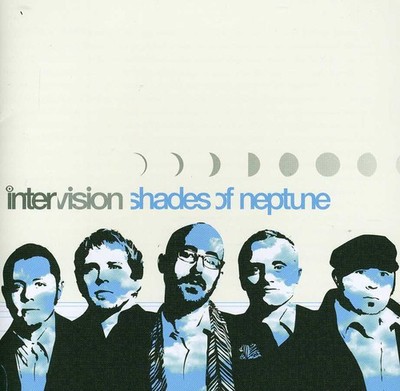 For the past year, Intervision has single-handedly created a groove epidemic in their hometown of Portland, OR. Combining elements of soul, rock, jazz and pop, the quintet is earning lofty comparisons to bands like Steely Dan, Stevie Wonder, and Jamiroquai and yet have created their own intensely unique sound. From their roots as young music students at Clackamas Community College through their rise to being one of the city's most popular groups, the band has enjoyed distinguished performances at the Bite of Oregon A&E Mainstage, Musicfest NW, The Aladdin Theatre, and have also become a fixture on local television like KATU's AM Northwest and Comcast's PDXposed. Intervision had the distinguished honor of opening for the platinum selling pop/rock act Lifehouse, have received consistent circulation on Live 365 Pop-Up Radio, airplay on KINK FM 101.9, KNRK 94.7, 105.1 FM The Buzz, and heavy rotation on local university stations. The band has received considerable support from KINK as they were featured on KINK's Noontunes at Pioneer Courthouse Square in the summer of 2006 and 2007, and they were asked to play the KINK Early Escape Cruises for the last three years. The Oregonian writes the following about InterVisions debut album. It's a sweet listen. Lyrics tug at the heart from everyday moments, while pure vocals steer melodies over engaging rhythms. The album 'Inside' demonstrates to listeners that the band has honed a sophisticated sound not easily squeezed into any particular genre. Led by the undeniably soulful tenor of lead vocalist Paul Creighton, each member of the band asserts a distinct musical personality that has added to their unique style. While Creighton's sound invokes Stevie Wonder, Marvin Gaye, Sting and the improvisational flavor of Kurt Elling, the influences of Tom Petty, Stone Temple Pilots, and Dave Matthews are sewn in by the rhythmic riffs of guitarist/vocalist Tony Stovin. Keyboardist Kit Taylor rounds out the three-vocal front with his own twists of jazz and hip-hop while bassist Mike Glidden and drummer Jon Barber lay down their signature undulating groove. The band is currently releasing their sophomore release 'Shades of Neptune' (4/7/7) at the Aladdin Theater in Portland. While 2006 has brought this band to the forefront of their local music scene, 2007 promises to bring them to a whole new level. With dates emerging regionally, they have only begun to fulfill their promise of bringing fresh sounds to eager ears and booties around the world.

Here's what you say about
Intervision - Shades of Neptune.