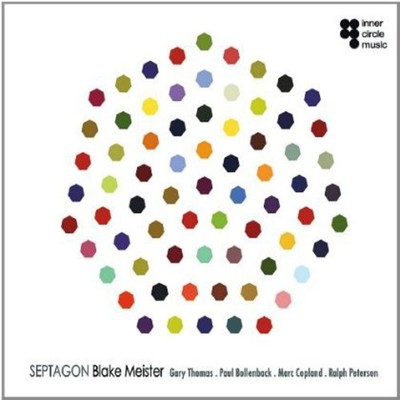 Blake Meister performs and records locally, nationally and internationally. He has performed and/or recorded with a diverse group of renowned musicians that includes Marc Copland, Larry Willis, David Kikoski, Sid Simmons, Benito Gonzalez, Warren Wolf, Ahn Sook Sun, Buddy Wachter, Paul Bollenback, Marin Alsop, Jamie Laredo, Alex Norris, Byron Landham, Steve Williams, Ralph Peterson, Nasheet Waits and Gary Thomas, to name a few. He has received several awards and grants, most recently including the 2012 Individual Artist Award for non-classical composition from the Maryland State Arts Council for his debut album, Septagon. The album, which features Gary Thomas, Paul Bollenback, Marc Copland and Ralph Peterson, consists of eight original compositions and is slated for release in 2012 on the Inner Circle music label. Meister is currently a bassist for the American Studio Orchestra, a multi-media, cross-genre ensemble, and has been a member of several traditional orchestras in the Mid-Atlantic corridor. As an educator, he currently serves on the faculty of the Peabody Conservatory of Music of the Johns Hopkins University, teaching jazz strings, piano and improvisation. Born and raised in Philadelphia, Meister began on electric bass, later honing his skills on the double bass (and piano) in college. A member of the first full class to matriculate in Peabody's jazz studies department, Meister attracted attention as a student, receiving both the Alice and Leary Taylor and Richard Franko Goldman awards in performance, as well as multiple career development grants. He went on to earn a master's degree in orchestral studies at Catholic University's Benjamin T. Rome School of Music, under a full-tuition scholarship. Before joining the conservatory faculty, Meister served as a faculty member and co-coordinator in the preparatory division at Peabody, helping to develop a more comprehensive and cohesive jazz studies program. Known for his uncanny facility and distinct approach to improvisation, Meister is quickly garnering recognition among musicians and critics alike. As well as on Septagon, Meister can be heard as a sideman on several other releases, most recently including Andrea Wood's Dhyana and Todd Simon's Simon Says.

Here's what you say about
Blake Meister - Septagon.