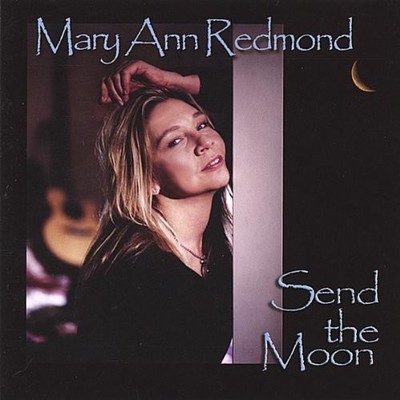 'If Aretha is the Queen of Soul, Redmond must be considered an official Lady in Waiting.' --Dave Nuttycombe, Washington City Paper 'Every once in a while, a real knockout lands in the [CD] pile, a genuine jaw-dropper. Mary Ann Redmond is a stunning vocalist, she is not just covering these songs, they are transformed by her, exalted into something completely new. Her own songs are equally fine...' --Chris Jorgensen, Billings Gazette 'It's startling when the petite blonde with a perky smile opens her mouth and out pours an amalgam of Gladys Knight, Tina Turner and Aretha Franklin.' --Christopher Loudon, JazzTimes. 'Virginia's Mary Ann Redmond falls somewhere between Dusty Springfield and Aretha Franklin. Yes, her voice is that good.' --Mike Ryan, Boston Herald. Redmond is well-known in her home base of Washington, DC, where she's won a staggering 14 WAMMIE Awards from the Washington Area Music Association (Best Female Jazz Singer; Best Rock-Pop Vocalist, Best Roots Rock/Traditional R&B Vocalist, Best Urban Contemporary Vocalist and Best Female Blues Vocalist.) A native of Richmond Virginia, she has toured with her close friend Mary Chapin Carpenter (the first and only background singer Carpenter has ever brought on board), and has opened for an array of artists including The Pointer Sisters, The Neville Brothers, Ashford and Simpson, The O'Jays, and Smokey Robinson. She was also a close friend of the late Eva Cassidy. In addition to their vocal power, they both shared the gift of putting themselves into a song and making it her own. 'Eva taught me that no matter what happens, it's got to be real,' Redmond says. 'You can hear it in every song she sang. And she was right.' --AllAboutJazz.com.

Here's what you say about
Mary Ann Redmond - Send the Moon.