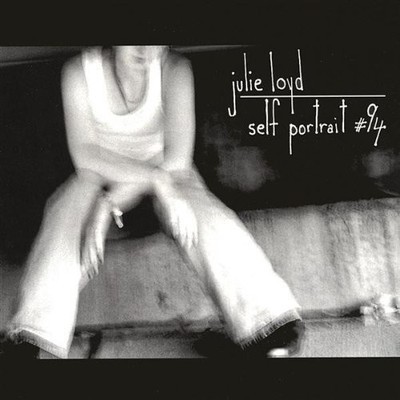 Julie Loyd, originally from Charlottesville, Virginia, relocated to New York City to attend New York University at seventeen. In the city, she began to look for the map that would lead to her folk fortune. Loyd began playing out in small bars in the Village and at NYU student events. She became known for her captivating solo shows and soon moved on to the more reputable venues in Manhattan. In her second year attending New York University, she released her debut CD, Self Portrait #94, on her own label, Siren Records. In the Spring of 2001, Loyd began working with a drummer and fellow NYU student, Raky Sastri. Sastri had just finished his training with a former member of the Blue Man Group and added a versatile rhythm section to Loyd's percussive guitar style and gutsy vocal attack. Sastri appears on Loyd's second independent CD, Fate Says He's Sorry (which you will find included here.) 'This particular album really felt like a step up for me. I feel like the songs on [Fate Says He's Sorry] show that I've made a big leap as a songwriter,' Loyd says. But ever since she began writing at 16 she's been collecting songwriting accolades. Put simply by Les Reynolds (Indie-Music.com) 'Julie Loyd is a great songwriter.' Kevin McCarthy (Kevin McCarthy's CD Reviews) has noted '...she paints powerful and gutsy literate canvases, full of strength, independence, anger, fierceness, connection, wholeness and doubt.' Recently, Loyd has headed south to reclaim her southern twang. Having moved to the mountains of Asheville, North Carolina, Loyd is sure to take the south by storm.

Here's what you say about
Julie Loyd - Self Portait 94.