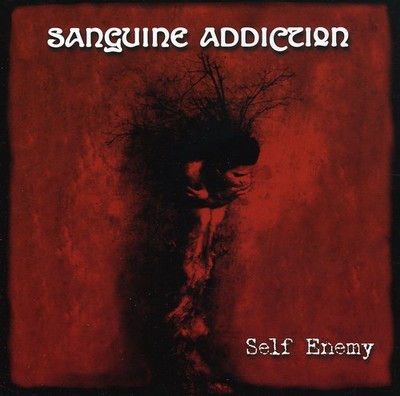 Sanguine Addiction is a Hard Rock/Metal Band from Colorado Springs, Colorado. Formed in early 2004 by Jeff Baker (guitar) and Josh Lanier (vocals), later adding Kris Dobler (bass) and Phil Kessler (drums) in July, 2006. Each of the members of Sanguine Addiction brings their own influences to the group. These influences include: Breaking Benjamin, Faith No More, Deftones, Sevendust, Mudvayne, and Soulfly, just to name a few. Since July 2006, the band has played close to 100 shows throughout Colorado, and surrounding states, sharing the stage with acts such as Hurt, The Exies, 5 Finger Death Punch, Deepfield, Psychostick, and Saliva. Sanguine Addiction has had several of their songs played on broadcast radio stations in Colorado Springs, CO, on 94.3 KILO; Denver, CO, on 106.7 KBPI; Rockford, IL, on 104.9 WXRX; and also on several internet and satellite radio stations, including Monsoon Radio, and also featured on Bubba the Love Sponge's unsigned band review. The band has received the Colorado Springs Independent Newspaper's Bronze award for the Best Band in Colorado Springs, 2006 and received the Gold Award for the Best Band in Colorado Springs, 2007 and also ranked in the top 6 for KBPI's Best Band in Denver for 2007. Sanguine Addiction has received rave reviews from Pikes Peak Nightlife, Colorado Springs Independent newspaper, and Colorado Music Post. After the June 2007 release of their debut album 'Self Enemy', it is the bands goal to expand their fan base, and reach as many new listeners as humanly possible through self marketing, promotion, and touring; regardless of any potential hurdles.

Here's what you say about
Sanguine Addiction - Self Enemy.