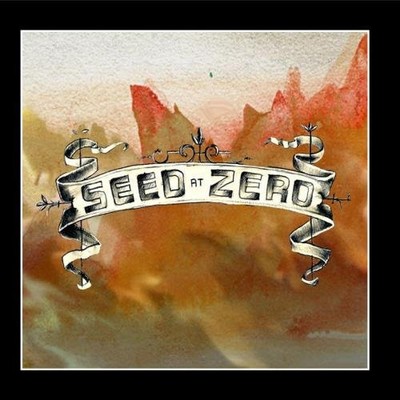 Seed At Zero is the alter-ego of singer/songwriter Whitney Mower, a 23 year old Utah-born musician and singer. In a strictly religious suburban city in the desert, Whitney played and sang church hymns on the piano until one day, driving around in the family van, the thirteen-year-old heard Heart's "Magic Man" on the radio. That night she begged her step-dad for a guitar and that Christmas he gave her a little Stratocaster replica. She's been writing songs ever since, inspired by artists like Sun Kil Moon, Kate Bush, Jason Molina, and Radiohead. She kisses her VOX amp (the one she bought with student loans) goodnight, every night, along with her little Casio MT-100, incidentally a gift from her best bud Cassie. The self-titled debut album was made with the help of her closest friends in Salt Lake City and Provo, Utah. The songs are dedicated to her mother Kathryn Jordan, an extraordinary dancer and singer, who died in 2009. The six track album features "This Thing" narrates the astronaut's plight, what you might call a parodic aria of "Rocket Man." "In a Steam" is a story of love in the apocalypse. "Deianeira" (one of Hercules's many women) is a song Whitney wrote specifically for her mother, about the ways women are conditioned to spend their lives pining for men, keep their suffering and their minds hidden; Kathryn's actual voice, found recorded on an old tape, is featured on "Deianeira." "I Was Born Here," the last track, is a kind of autobiography.

Here's what you say about
Seed at Zero - Seed-At-Zero.