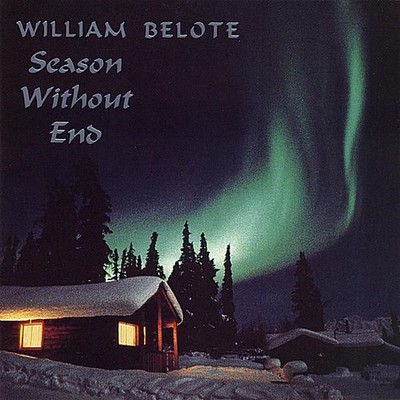 William Belote is an eclectic composer of everything from modern chamber music to cutting edge electronica. After graduating from U.C. Berkeley, his composition and counterpoint studies were primarily with Donald Keats at the Lamont School of Music in Denver. Summer school sessions were spent at the Aspen Music festival. Among the highlights were intimate seminars with Aaron Copeland, Elliott Carter, Sir Michael Tippett, Lukas Foss, and many other composers of note. Jazz improvisation studies were with renowned Berkeley multi-instrumentalist Homer Paine. Mr. Belote has performed solo piano at venues in Denver, San Francisco, and Los Angeles. Commercial work includes spots for Volkswagon, The Movie Outfit, and Triple Trouble perfume. Feature film scores include "Warlords" with David Carradine and "B.O.RN. With Russ Tamblyn and P.J. Soles. Recently, he has been scoring a series of multi-media historical documentaries for the international spiritual society, Self-Realization Fellowship. Also current, is a project with Grammy winning artist David Joyce called "gopher gods" which is a band that produces artists and songs for radio, TV, film, and the web. Mr. Belote wrote and produced with his wife Julie a series of albums for their record label Music House Productions. The titles, Mindsailing, Connected, Siddhartha, The Reflecting Pool, Timeless Vibrations, No Distance Between Us, and Season Without End, combine acoustic and electronic instruments, and have been popular on radio stations around the world.

Here's what you say about
William Belote - Season Without End.