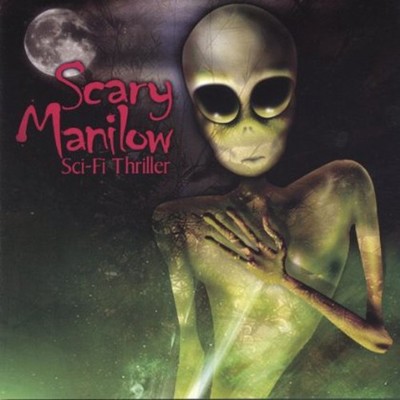 From the ashes of the popular Texas band, Gollum, comes a sonic thrust of songs that will make the whole world bleed. The adventurous project is the brainchild of guitarist/vocalist/songwriter, Vince Pinedo. After the fall of Gollum in 1996, Vince retreated to the safety and comfort of Tucson, Arizona where he crafted some of the most innovative and original songs to date by using his guitar, keyboard, drum machine, unique vocal style, and warped/twisted mind. What emerged was a new 'Sci-Fi/Horror' sound that fuses hard rock and industrial elements on top of heavy guitars, thunderous bass, solid drumming, and deep emotional lyrics. Tired of the pain and monotony of the daily 8:00 to 5:00 grind as well as ex-bassist Philip Capitano's relentless requests to move back to Texas, Pinedo decided to make the move in order to pursue his true dream of music. The pair soon recruited keyboardist and classically trained singer, Cindy Osbourne and veteran drummer, Dave Liston. The group accomplished many goals including the release of their first CD, Sci-Fi Thriller, which received favorable reviews, radio airplay, and had select songs featured in the film, A Moment of Darkness. In addition, the band did well in The Edge Magazine's Best of 2004 and 2003 Reader's Picks Awards. In 2004, the Scaries won best flyer by a group, best keyboardist, and placed second for best bassist. In 2003, the band won best CD layout, best keyboardist, and placed second for best industrial band. In March of 2005, Scary Manilow released their second CD, Thrill Ride to the Apocalypse. The rest, my friend, is history in the making. Run for cover, sleep with the lights on, check for monsters under the bed, and never talk to strangers... This is Scary Manilow. Quotes: '(Sci-Fi Thriller) ... sounds deceptively playful and majestic, yet somehow unsettling and disturbing.... Like Voivod, Faith No More and Tool jamming with Danny Elfman ... ' --- David Glessner, Metal Edge magazine/San Antonio Express-News ' . . . to describe the sound and presence of Scary Manilow . . . (take) the creativity and innovative spirit of Steven Spielberg and George Lucas, then combine that with the intensity of a cosmic super nova, captured and translated into music form . . . Half science fiction, half horror, all original hyper-space rock . . . (Sci-Fi Thriller is) a mind altering listening experience that stirs the imagination with more visuals and special effects than any movie could ever possibly do.' --- Zach Marcotte, The Edge Magazine 'If Scary Manilow's three-song 'To the Grave' EP is any indication, the quartet has plenty to offer imaginative rockers . . . while some people stand around and decry the city's lack of a 'scene,' artists such as {Vince} Pinedo and his Scary Manilow cohorts dig in, go to work and create.' --- Jim Beal Jr., San Antonio Express-News 'Just when you're thinking the night couldn't get better, Scary Manilow rolled up like a packing fist on to the stage. Cindy Osbourne on keyboards (and vocals) gives this industrial sound to the band that is kicking out some hard rhythmic ear candy. ' --- Melissa Hernandez, SA Music Scene 'Scary Manilow is a science fiction rock 'n' roll group . . . that . . . combine{s} keyboards with a male and female singer. This combination is rarely seen these days, but it does them well.' --- Alexander Crowe, The Edge Magazine 'Think of a horror movie without the movie and you'll be close.' --- Jim Beal Jr., San Antonio Express-News 'I have been captured by Scary Manilow and their unique, atmospheric, sci-fi horror rock . . . With a calming yet captivating stage presence and a sort of psychotic yet melodic sound, Scary Manilow is something one must experience.' --- Zach Marcotte, The Edge Magazine 'ScaryManilow('s)...drummer is phenomenal and the female keyboardist adds some angelic backup vocals that turn almost creepy within the context of the haunted, tortured music. It's not light-'em up, party hard good-time rock-n-roll, but that's not the point. This is nightmare music and in the hands of Scary Manilow it succeeds in casting a bleak, foreboding shadow.' --- David Glessner, KNAC.com.

Here's what you say about
Scary Manilow - Sci-Fi Thriller.