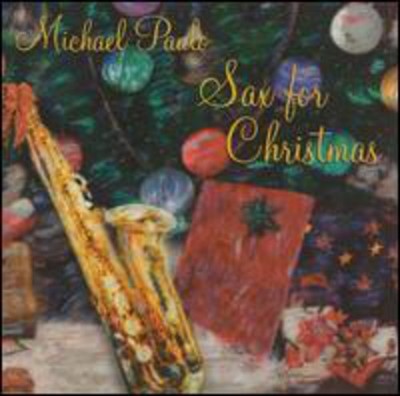 Michael Paulo One of the most versatile and cosmopolitan saxophonists in pop, soul and contemporary jazz for over 25 years, Michael Paulo has added his distinct saxpertise to a virtual who's who of artists, including Al Jarreau (Paulo's longest term touring association), James Ingram, No. 1 Smooth Jazz Trumpeter and guitarist Rick Braun and Peter White, Oleta Adams, Kenny Loggins, Patti Austin, Jeffrey Osborne, Jeff Lorber, David Benoit, Carl Anderson, Bobby Caldwell, Johnny Mathis and more. Paulo grew up in a musical family (his father a pianist, his mother a singer, his siblings all playing instruments) and though he came upon the sax relatively late at age 15, he quickly became first horn player in his high school band and was playing professional gigs around the islands within a few years. Rather than accept a scholarship to North Texas State, he chose a more adventurous road by joining Hawaiian pop/rock band Kalapana, which had some success on the mainland but was most popular in Japan. After playing regularly and recording on all four of Kalapana's albums from 1975 through 1979, Paulo recorded a solo album for Japanese release on Trio records. In addition to exposing him to the Japanese jazz audience, Tats in the Rainbow gave him the opportunity to work with legendary pianist Herbie Hancock. Paulo moved to Los Angeles in 1981 and quickly established himself by playing with percussionist Ray Armondo and a local R&B outfit featuring members of Rufus. Two years later, he caught his big break when Al Jarreau hired him for his touring band. The young saxman became an integral part of the Jarreau experience while touring the world for the next decade. Paulo also gained international recognition as a result of his work on Jarreau's famed 'Live in London' release. In 1988, Paulo met producer Robert Kraft while recording a solo for singer /songwriter Vonda Sheppard . Impressed with the young saxophonist talent, Kraft secured Michael a major recording contract with MCA Records. Kraft produced his MCA debut One Passion, which became a Top Ten hit on the contemporary Jazz/NAC charts. 1990's Fusebox, on GRP Records which charted in the Top 20 on Billboard's Contemporary Jazz chart. In 1994 Paulo launched his own label Noteworthy Records with the release of his fourth solo project Save the Children. Paulo spent much of the Nineties managing Noteworthy Records and touring with other artists, strengthening his solo career overseas with many Asian tours as well. Internationally, he is especially beloved in Asia and Thailand where Save the Children was first released. While that album found Paulo reflecting on the joys of fatherhood and his many world excursions, it's similarly successful 1996 follow-up, My Heart and Soul, was about the simple balance between Paulo's passions for slamming funk and dreamy balladry. My Heart and Soul was immediately a top ten Smooth Jazz hit. It's a love affair which continues on Midnight Passion, a picture perfect reflection on where Paulo has been and where he-and smooth jazz-are headed as we approach the new millennium. In 2002 Michael released a Holiday Recording Sax for Christmas that was awarded a "Hawaiian Grammy" Hoku Award for Best Jazz CD of the Year . In 2003 and 2004 Michael expanded his Horizons performing with the Honolulu Symphony and Asian American Symphonies. Michael has also been involved in producing events,his latest being the 1st annual Temecula Jazz Festival which was a resounding success in 2004. He continues a rewarding ten year relationship as the musical host of the Dolphin Days Music Festival in Hawaii, an event that benefits the Shriners Hospital for Children. Michael Paulo's reputation as the no. 1 Asian American Jazz artist continues with each new year. A dynamic live performer Michael has constantly left his audiences wanting more. His emotive playing and endearing style has never failed to capture the hearts of his fans all over the world.. With a new release entitled " Beautiful " slated for release in 2005,Michael Paulo is poised to build upon his status as one of the most dynamic saxophonist in the world.. As he swings into 2007 and beyond, it's a good bet that he'll be bringing his passion along for quite some time. As he says, 'Music is always going to evolve, and it's up to the artist to respond gracefully to the changes. We don't know what the music will sound like years from now, but no matter what, it will be based on what the people in the audience feel.'

Here's what you say about
Michael Paulo - Sax for Christmas.