Chris Orbach - Safely Through the Night 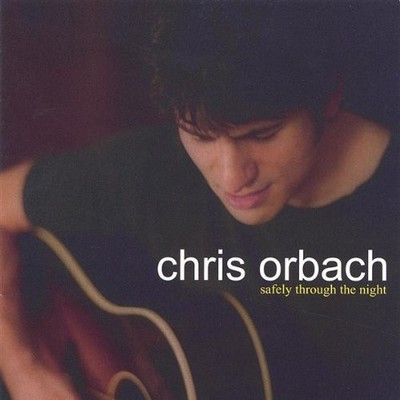 Chris Orbach was born and raised in Manhattan. Although he pursued acting for many years, he always played music and sang. He tried to learn piano properly for years, but instead he taught himself to play by ear, and composed weird Jazz-flavored compositions essentially as a hobby...all the while convinced that someday he'd be an actor. College changed all that. After burning out on acting at a theater conservatory, Chris changed schools (and majors) heading to NYU for Film and Television. There, he discovered two things: European films, and rock and roll...and everything changed. He got himself a guitar and started teaching himself to play at 21, and by 22 he was playing solo in clubs. After forming a band in the early '90's, Chris played out for three years or so, and then took a long hiatus, during which he acted sporadically, and developed a successful career doing voiceovers. But his old tunes wouldn't leave him alone...and then some new ones came along. At some point he figured out that the only thing that made him more miserable than gigging, was NOT gigging! Now, he's back on the scene, with a self-produced CD, and a great group of players. These include guitarist Stew Cutler, who's worked with many diverse artists from Wilson Pickett to Bill Frisell; Drummer and producer Graham Hawthorne, who's worked with Paul Simon, David Byrne, James Brown, and many others; Bassist John Montagna, who works with many artists, including, most recently, The Alan Parsons Project; Keyboardist Tim Regusis, who's worked with Ruben Blades, Clifford Jordan, Patti Austin and others; and, a horn section led by his brother -- tenor and soprano sax player Tony Orbach -- and rounded out by Paul Vercesi on alto sax and Kevin Batchelor on trumpet. Known as 'The Urban Horns', they played for years with local funk, ska, and reggae legends Urban Blight as well as with other artists ranging from Bob Dylan to The Beastie Boys.

Here's what you say about
Chris Orbach - Safely Through the Night.