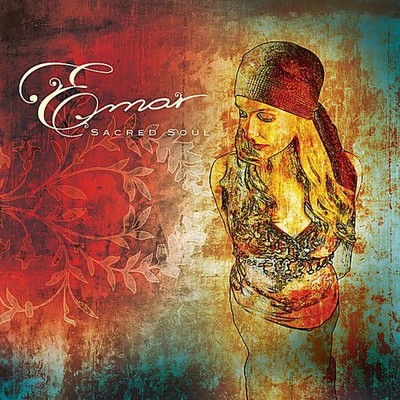 EMAR\'s Sacred Soul - NOW available at CDBaby! EMAR (pron. Ehm-Ahr) is an international electro-dance, world music & new age artist. Born in the Balkans and raised in Canada, EMAR's multicultural influences inspire her to sing and record in several languages including English, Serbian, Hindi, Persian, Arabic and Church Slavonic. If you like Electro-dance, World, and New Age you will love EMAR. Think - Enigma, Buddha Bar & Delerium, then add a hint of Shakira & Sarah Brightman. REVIEWS: \'Emar's beautiful voice, the rich synth soundscapes and the amazing rhythm make this into an incredible album.\' - btfas, NewAgeMusic. Nu (Sep 03, 2008) \'Magical! ***** This is a musical world journey through spirit - hauntingly beautiful\' - keyingli, iTunes Review (Aug 16, 2008) \'A SANCTUARY FOR THE SOUL! ***** EMAR is a headphone paradise!!!!\' - Terry Dillon, Facebook Fan Page (Sep 04, 2008) \'What I enjoyed most about the songs was that they walk a fine line between what is World music and Electronica, while including elements of different cultures and languages, making the final mix an overall accessible one.\' - Paul De Micheli , Mondo Blue Radio in Barcelona, Spain (Sep 07, 2008) On her debut album, EMAR: Sacred Soul, released September 3rd, 2008, EMAR worked with three renowned producers to create her ethereal, spiritual sound: Genie Award-nominated Sean Eyre, Canadian Music Awards winner for Best World Music Group 2007, Andrew McPherson of Eccodek and noted film composer Igor Vrabac. Playing on five of the album's tracks is World Music multi-instrumentalist Boris Sichon. In April of 2007, EMAR released a 4-song EP entitled EMAR- World Music containing tracks Sutra, Jamil, Tumare Darshan and Salaam; also available on newly released EMAR: Sacred Soul. Born in Belgrade in the former Yugoslavia, now Serbia, EMAR, along with her family, moved to Toronto, Canada, shortly after her birth. EMAR lived in Canada for six years and then returned to Belgrade for almost a decade. In 1989, just before the country's collapse, young EMAR returned to Canada for good. In 1999 EMAR moved to the west coast of Canada, where she discovered her artistic self and gained insight into her innate spirituality. In 2004, upon returning to Toronto, using her own initials she adopted the name EMAR, which conjures an image of the same mystic, eastern culture that is reflected in her music. EMAR\'s mission is to awaken \'we are all one\' consciousness in our world, through music & spirituality by embracing all religions and nations as one. Before using the name EMAR, she released the debut album Embrace Yourself in 2003 under her given name of Melissa Rebronja, which included the radio single and BRAVO TV video Beautiful, her own haunting rendition of Wonderwall which became a popular download on iTunes, as well as the well-reviewed Serbian-sung tracks Duso Moja and Zasto.

Here's what you say about
Emar - Sacred Soul.