The Chenille Sisters - Room to Breathe 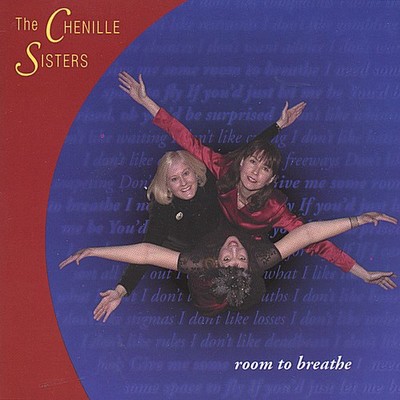 The Chenille Sisters exploded onto the music scene in 1985. Only they weren't exactly the Chenille Sisters yet. Diva-in-waiting Grace Morand and guitarist Connie Huber were burning up stages in a band called Cookin', while balladeer Cheryl Dawdy was playing goddess of the open mike. As fate would have it, they shared the limelight from time to time at Ann Arbor's famous Ark. You could cut the mutual admiration with a knife. So it was no real surprise when Connie and Grace coaxed Cheryl to join them onstage. The shocker came when they discovered that their voices melted together like honey butter on hot toast. And The Chenille Sisters were born. Following this musical epiphany, their lives became a whirlwind. They crisscrossed the country playing festivals, pavilions, auditoriums, clubs, halls and centers for performing arts. They crooned for NPR on Prairie Home Companion and All Things Considered. Audiences were tickled. CDs were recorded. Awards were won. Pedicures were had. So just who are these women, anyhow? Well, like any bevy of sisters, each has a fair chunk of familial territory to call her own. Grace was born with a condition known as excessive funny bone. She discovered her singing talent at age 4 while watching a yodeler on Ed Sullivan. As imitation is the sincerest form of flattery, she opened her mouth and howled. The mellifluence impressed everyone within earshot. Living in Detroit, however, there were precious few Austrian herdsmen role models. So she turned to Motown's own Aretha, plus Billie Holliday, Phoebe Snow and Barbara Streisand for inspiration. In between the rampant cracking of jokes, you can clearly hear their influence in Grace's rich and penetrating vocals. Still, her voice is unmistakably her own, sliding easily between lush and sultry, bright and crystalline. Connie is the one with the checkered past. Literally. Growing up in North Dakota, she was besieged by gingham. Aprons. Curtains. Tablecloths. Hand-me-downs. In the aftermath, she was left with a nostalgia for cottony things, which inspired the name Chenille. She also inspired their distinctive style. Having left home at a ripe young age to join a group of wandering buskers, she found herself slurping up life experiences like so many tumblers of 2% milk. The effect is clear in her stellar, insightful, sometimes hilarious songwriting, masterfully set to her acoustic guitar. Her alto voice is like Irish coffee, silky with a kick. Cheryl has the good hair. It's thick and straight and always listens. She never even knew what bed head was until she had the traumatic misfortune of seeing the mashed, disheveled head of Grace every morning when they shared hotel rooms on the road. This aside, Cheryl writes the kind of drop-dead ballads that could break a professional wrestler's heart clean in two. Soulful, introspective, poetic and deep, she also has the voice of an angel. It floats over crowds and shimmers down like rain.

Here's what you say about
The Chenille Sisters - Room to Breathe.