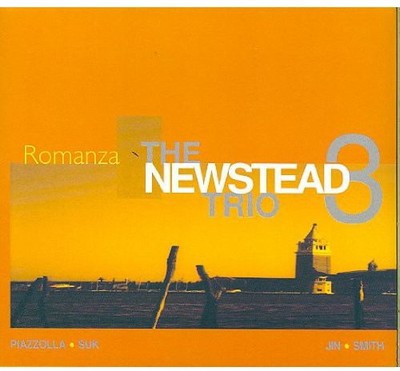 The works on this recording represent, to us, 'soul' music. All of these compositions were carefully chosen to best celebrate our tenth anniversary as a performing ensemble. These pieces, in all of their diversity, speak to the three of us in a most special and satisfying way; it is an absolute pleasure to perform them. Michael has been an advocate of Astor Piazolla (dates) ever since as a student in New York he heard him twice performing on the band-o-nean. He became enthralled with the infectious music . The driving rhythms interspersed with soaring passionate melodies cohesively bound with a gritty sensuality serve to engage both the listener and performer in the joys of true musical abandon and freedom. This version of the Seasons, originally composed for Piazzolla's quintet was arranged for piano trio by the cellist Jose Bragato who often performed with Piazzolla. Julia Smith (1911 1989), from Denton, Texas, was a pianist and composer who studied at both Juilliard and New York University. American folk music serves as the basis for many of her compositions including Folkways Symphony and American Dance Suite. Smith was an advocate for the recognition of, and opportunities for, women composers. She is the editor of Directory of American Women Composers (1970). Trio Cornwall is an exciting addition to our repertoire and is, well, fun to program. This is an active, athletic and diverse composition. The title refers to Cornwall on the Hudson, New York where Smith first heard the bird calls which provide the thematic material for the first movement. The Theme and Variations of the second movement begin with a beautifully simple melody suggestive of a lullaby. This is then transformed several times bringing in flavors of more forceful emotion including blues and a rumba. The third movement provides a playful contrast depicting the Hudson River as it flows into Manhattan. The energy of a city is cleverly and skillfully conveyed in the writing: syncopation over percussive interjections, complete with honking horns and a general hustle and bustle. Playing this piece is an adventure of sorts, like a road trip where the scene out the window constantly changes but still remains connected to what was before and what is to come. Joseph Suk (1874 1935) was a violinist and composition student of Antonin Dvorak. He played for forty years as second violinist of the Czech Quartet, an ensemble that was formed in his student years at the Prague Conservatory. During his courtship and marriage (to Otillie, Dvorak's daughter) Suk became interested in the romantic literature of poet, writer and dramatist, Julius Zeyer. The Elegy for Piano, Violin and Cello, Op.23 is an abridged version of a piece sharing the same title that was written for a somber commemoration of the poets' death. Subtitled 'Under the Impression of Zeyer's Vysehrad', a cyclical epic based on a subject from Czech mythology, the elegy plays like the telling of a distant, but very lovely and exquisite legend. Suk creates the quintessential atmosphere of universal longing, and of the beauty that is found in grief. It is ironic to note that two years after writing this work, Suk lost his father in law and his young wife within twelve months of each other. The Newstead Trio's performances are personified by warmth, energy and depth of expression. The Trio has performed for audiences worldwide including the United States, Canada, Italy, Hungary, Singapore and China, where they gave their concerto debut performing Beethoven's Triple Concerto with the Shenzhen Symphony Orchestra in 1996. The Trio was formed in 1993 under the patronage of Joan Newstead in memory of her parents, Katherine Bacon and Arthur Newstead, British pianists and faculty members of the Juilliard School. Since their formation, the Trio has worked with such respected artists as Bernard Greenhouse, Arnold Steinhardt, Theodore Lettvin and Timothy Eddy. The Newstead Trio strives for diversity in programming, a goal that has prompted several commissions. Both Robert Starer and Chinese born composer Ping Jin have dedicated works to the Newstead Trio, who have given the world premieres of many contemporary works including: Gerald Chenoweth En Blanc, Gris and Noire (1995), Thomas Lanese Piano Trio 1978 (1997), Ping Jin Xipi, Themes From Peking Opera (1996) and Chinese Folk Songs (2001), Robert Starer Episodes (2000) and Gershwin/Veri From the Songbook (2002) . Violinist, Michael Jamanis and cellist Sara Male, both play on instruments made by Eugenio Degani in the late 1800's. Jamanis received degrees from Juilliard, Yale University and Rutgers University. Male completed studies at the Victoria Conservatory of Music, Canada, Rutgers University and Mannes College of Music. Pianist Xun Pan is a graduate of the Central Conservatory of Music in Beijing, Syracuse University and Rutgers University. The Trio is the ensemble in residence at the Pennsylvania Academy of Music, a position they have held for the past ten years, and are roster artists for Pennsylvania Performing Arts on Tour.

Here's what you say about
Newstead Trio - Romanza.