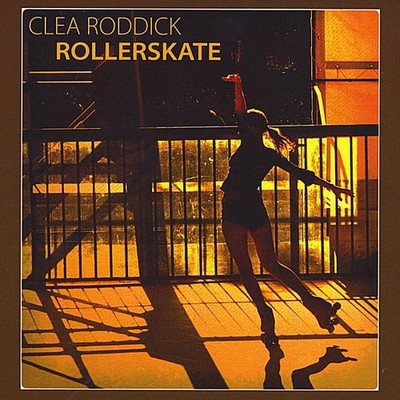 The songs of Clea Roddick will take you deep into a surreal landscape where street meets book. Born and raised in northern Alberta on an off-the-grid, self sustaining farm called Blue Hills Ranch, she was immersed in hard work and natural beauty. Clea began drawing an audience for her raw vocals when she was an accordion wielding teen in her family's band playing halls, rodeos and small festivals. She gigged in a rock band (Palm and Sago), studied jazz, traveled part of the globe, and flung herself on an old upright piano through many allnighters, growing into her own style. Stunningly crafted roots rock songs are Clea's trademark, delivered with full bodied soulful singing and groove based keys. Her "something to say" lyrics and passionate delivery have drawn comparisons to Bruce Springsteen, Coldplay, Fiona Apple, Fiest, and Hawksley Workman. After graduating with a major in keyboard performance at Selkirk College in Nelson BC, Clea recorded her first EP 'Rise Up' (Factor). She moved to Calgary and became the songwriter and lead vocalist for the indie pop/rock band Palm and Sago. Their self-titled 2005 release brought forth a wave of attention for the gorgeous track 'In Beauty I Walk' and they showcased in venues and festivals across the province, including Calgary's Nightgallery, Ironwood, Broken City, Ship and Anchor, Blues and Roots Festival, Alberta Songwriter Sessions and Alberta Tracks (Alberta Foundation for the Arts Centennial Tour). Her talent with words won third place in the National Bliss Carman Poetry Contest (Prairie Fire Press/Banff Centre) for the poem 'Pryce's Field.' The 2007 Alberta songwriter's compilation CD 'Beautiful Dreamers' features Clea alongside of KD Lang, Ian Tyson and others with her performance of 'Happiness is Not For Sale' written by Anne Loree (Insensitive). The young musician's own prolific songwriting has been continually developing for the past decade and she is about to release a powerful full length CD of her strongest material. She was a finalist in the 2007 Calgary Folk Fest/Ship and Anchor Songwriting Contest for 'Rollerskate', the title track of her upcoming CD. Clea performs and records with a talented band of musicians, featuring Craig Newnes, James Bailey, Andrew Cull and Adam Esposito.

Here's what you say about
Clea Roddick - Rollerskate.