Webstirs - Rocket to the Moon 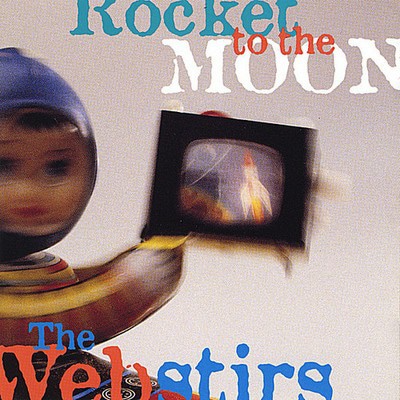 Chicago Sun-Times by Jeff Elbel The Webstirs released "Smirk" in 1995, it's title a nod toward Brian Wilson's "Smile." But by the time the erstwhile Beach Boy's "lost masterpiece" finally arrived in 2004, the Webstirs were well into a sabbatical. After the Webstirs' 2000 indie-pop gem, "Radio Racket," lifelong friends and native Chicagoans Preston Pisellini and Mark Winkler focused on other notable local projects, including Big Hello and Dad Factory, until they were coaxed back into the studio by their longtime producer, Matt Allison. Allison first recognized the pair's songwriting chops in 1989 when they anchored the Champaign-based band Stamp Act, volunteering to record their first single for free. The three have since cultivated a sound reminiscent of sophisticated pop luminaries like Jellyfish, Queen and the Beatles. Now the restarted Webstirs anticipate a summertime release for a new album called "So Long." Rather than being a farewell statement, the title offers winking acknowledgment of the lengthy gap since "Radio Racket." Though Winkler and guitarist Pisellini have formed the Webstirs' backbone for 16 years, they give former Redwalls drummer Jordan Kozer and bassist Charlie Short ample credit for the band's second wind. Short joined partway through the recording of "So Long," and immediately sparked a shift. "The song 'Somewhere to Start' began as more of a Kinks-styled dancehall number," remembers Short. "If we can somehow make it a humble reference," says Winkler, "I'd say Charlie pushed it toward the rockier side of Elvis Costello and the Attractions." Other songs, including "Malaise," continue the Webstirs' tradition of stitching together favorite Beatles references, brimming with the bouncing piano of "Penny Lane," the watery guitar of "Don't Pass Me By," and the warm mellotron strings of "Strawberry Fields Forever." Pisellini describes the song's protagonist as a listless oddball who spends 30 days in bed and writes a symphony. "Even my tragic songs tend to have uplifting endings," he jokes.

Here's what you say about
Webstirs - Rocket to the Moon.