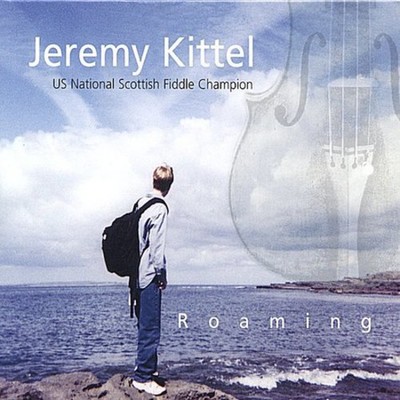 Kittel energetically explores his many musical influences, from traditional Scottish and Irish styles to jazz and classical music. He moves from original Celtic compositions to Irish-tinged jazz, newgrass and triple-fiddle harmonies, with startling improvisations and plenty of traditional Scottish and Irish tunes. With John Behling on guitar, Glenn Brady on acoustic bass, Tyler Duncan on bodhran and Irena Portenko on piano. 57 minutes. 'It's a much over-used cliche, but I really believe this is what genius sounds like. Highly recommended!' - Mark Clark, Jam Rag, 3/2003 'There's enough of the traditional music to keep purists happy... But that's only the starting point for Kittel.' - David Lyman, Detroit Free Press, 3/16/03 'Jeremy uses traditional music as a base on which to fuse styles and sounds. He stretches beyond musical boundaries with a delightful mix of innovative original tunes, traditional Celtic melodies, and soundscapes adapted from the likes of jazz greats Louis Prima and Chick Corea... Roaming is a totally pleasurable listening experience.' - Matt Watroba, Sing Out Magazine, Fall 2003 'I am generally very traditional in my tastes, but I enjoy this disc a lot. The playing is fresh, exciting, and sweet. Very able accompaniment on guitar by John Behling, with some particularly hot jazz licks, and a nice use of bass, bodhran, and piano as well. Oh yeah, Jeremy is just too damn young to play as well as he does, and 'more mature' musicians should ignore the pictures on the album, or tape them over, or something of the sort. - Brendan Taaffe, Fiddler Magazine, Summer 2003 'played with a festive ferocity that almost set his bow on fire' - Tom Hill, Valley News, 12/19/02 'can do straight Celtic AND great jazz, but the fusion is explosive' - Kathryn Morski, Delta Area Folk Traditions 'takes the listener into an almost spiritual foray that is all over the map in it's unrestrained energetic quest for the perfect musical moment' - PT Quinn, Current, 12/2001 'This all-instrumental collection features tunes in Scottish and Irish styles, about half of them originals that show an ear for neat twists of melody and ornamented flights. There's also a touch of bluegrass, some crunchy quasi-funk beats, and a surprising and successful cover of Chick Corea's jazz standard 'Spain.' Most tracks find Kittel backed by versatile guitarist John Behling, who does a credible job of keeping up with all his lightning-quick moves.' - Dirty Linen, June 2004.

Here's what you say about
Jeremy Kittel - Roaming.