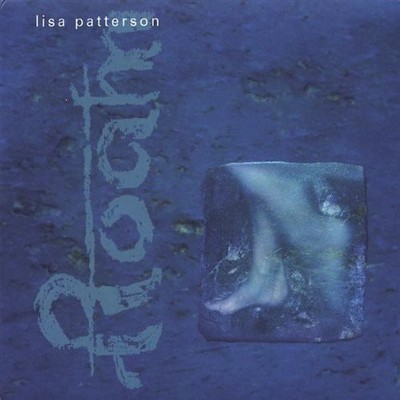 'a sound all of her own ... no musical boundaries ... wild creativity ... songs fly high with emotional power, waves of shimmering aural euphoria ... ' PETERBOROUGH EXAMINER Raised by the sea on the west coast of Canada, Lisa writes, sings, plays piano and alto sax and is an artist driven by wanderlust and curiousity. Her distinctive sound brings her mixed Roma and Celt heritage, world travels, and studies in Global music to contemporary songwriting. It is an eclectic mix, falling somewhere between Lhasa and Jane Siberry with a dash of Bjork. With her exotic sonic mix and earthy voice Lisa sings about journeys and the longing for connection and understanding. Lisa is an artist who looks forward to the day when mainstream media reflects the cultural and creative diversity of the world's population. '... forever exploring and unpredictable, which makes the record fascinating ... strong songwriting evident of a personal vision ... ' VANCOUVER PROVINCE (****/5 star) As a youth, Lisa studied Classical piano and Highland dancing and created poetry and stories inspired by international travel with her pilot father. By high school she was blowing alto sax in an award winning Jazz Band and later studied South Indian and Middle Eastern music. ' ... mesmerizing; a perfect balance of worldly sounds, musical finesse and passion ... ' F. Wall, EDGE OF THE WORLD FESTIVAL, B.C Lisa's live show is known for it's energy and connection with the audience. She has performed in clubs & festivals across Canada, and internationally in the Middle East, India, Holland, Mexico, the U.S. Currently Lisa is performing in a new duo configuration with longtime band Cellist Alex McMaster. They call themselves Roam (named after this album) and have released a more acoustic and intimate collaborative album March 2009, 'Points of Departure'. '... originality in compositions ... exceptional voice, energy and spontaneous rapport with public ...' JP ELBAZ, DIRECTOR, ALLIANCE FRANCAIS, CHENNAI, INDIA As a recording and performing solo artist Lisa has commercially released 2 videos, 1 EP and 2 CDs, which have been on Top Ten radio and television playlists across North America and Europe. Her compositions have appeared in 2 award winning feature films, 2 short films, and 2 documentaries. She has been featured in live interviews and performances on national radio and television and received recognition from the Canada Council for the Arts, Ontario Arts Council, VideoFACT, Bravo!FACT and FACTOR. ' ... great vibe, tunes and talent ...' Club Technician, AMSTERDAM, HOLLAND Lisa's sophomore disc ROAM (imaginit music/Festival Distribution) was picked up for release in Holland by Rough Trade/BMG in March 2005. Lisa is also active in community work - bringing creative expression to youth through initiatives with Young Songwriters and Street Youth Theatre programs. 'some use the elements of European and Indian Folk traditions as ornamentation, but Patterson brings them together to suggest a harmony that is all too lacking in this world ' INK 19 MAGAZINE, FLORIDA, USA.

Here's what you say about
Lisa Patterson - Roam.