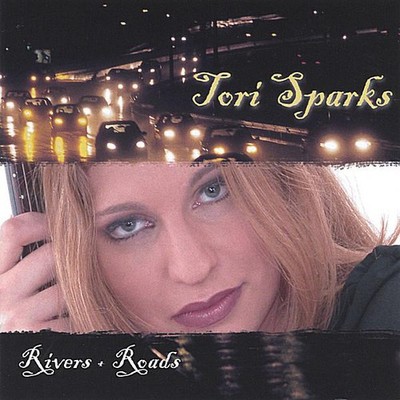 ABOUT TORI... The Scorpion in the Story (2009) Tori Sparks calls Nashville home, but spends most of her time on the road in the U.S. and Europe. Called "a knockout" by the Village Voice, her dynamic live show is equal parts eye-popping soul-singing, and zany stand-up-style humor. Tori's brand-new third album, The Scorpion in the Story, was co-produced with indie rock veteran David Henry (R.E.M., Ben Folds, Josh Rouse, Widespread Panic, Cowboy Junkies), and features players such as Steve Bowman (Counting Crows), Will Kimbrough (Rodney Crowell), Viktor Krauss (Lyle Lovett, Mindy Smith, and yes, Alliison's brother), Fats Kaplin (Mark Knopfler, Kevin Welch), and Barry Walsh (Gretchen Peters). The Scorpion in the Story is a tale in thirteen chapters, a tour diary in the form of a concept album. Each song was written about one of the many colorful individuals Tori met while touring across the U.S. last year. The album includes a French version of the song "Merry Go-Round," ("Le Manege"), and was released on Glass Mountain Records in June 2009. Tori's relentless touring has taken her from New York to Los Angeles to Miami, from Toronto to London to Paris, and through every small town in between. She books most of her own shows, and does all of her own laundry. In 2008 and 2009, Tori has showcased at Folk Alliance, Bele Chere, American MusicFest, many other conferences and festivals, and played nearly 200 shows to boot. She recently performed on Woodsongs Old-Time Radio Hour alongside Rolling Stones pianist Chuck Leavell. Tori is the author of two courses for roaming music business education organization ProMusicU, and is the creator of The Feed Your Soul Guitar Project, a tour and folk art auction benefiting Oxfam America. Besides her big black boots, and balls-to-the-wall guitar playing, she is known for being a part of and organizing benefit concerts on behalf of the National Federation of the Blind, F.A.C.E., the March of Dimes, and the One Campaign. Under This Yellow Sun (2007) Tori's sophomore album, Under This Yellow Sun, was released in 2007, and was the first release under the auspices of Tori's own record label (Glass Mountain Records) and publishing company (Hand Over Foot Publishing). It has been praised by Relix, Harp, Maverick, Performing Songwriter, Skope, The Nashville Scene, XM Radio, and countless others. After breaking the Top 100 on the RIYL Weighted College Charts, the album was licensed by MTV, Lifetime, and the Oxygen Network for use in their upcoming 2009 television seasons. A subsequent feature by XM Radio Unsigned prompted Universal Music France to contact Sparks, has toured in France and other parts of Europe. Universal included Sparks' single "Cold War" on their double-disc compilation Country Vol. 2, which has sold 30,000+ copies. 'Cold War' is also featured on the Paste Magazine New Music Sampler released in June 2008. Rivers + Roads (2005) and Tidewaters EP (2003) Contrary to popular belief, Sparks did not emerge Venus-like from Lake Michigan on a gigantic seashell Tori was born in Chicago, and grew up in Sarasota, FL. She recorded her first EP, Tidewaters, in 2003, while attending Florida State University. . The four-song project attracted the attention of a small independent label based in Nashville. The label snapped her up, promptly recorded her debut album and music video "Rivers + Roads" in 2005, moved her to Music City... and even more promptly went belly-up. Where some would crumble, Tori emerged from the wreckage and dove into eight solid months of exhaustive touring, radio, and video promotion. Her work paid off, as radio and video airplay in the U.S., Belgium, Australia, Canada, New Zealand, Ireland, France, and England resulted. Tori's debut music video, 'Rivers + Roads,' was screened at the Flint Film Festival 2006, and was selected 'Best Pop Video' by the Indie Gathering 2006. She was selected as a Unisong International Songwriting Contest Finalist for her politically-charged alterna-blues tune 'The Poster Child" in 2005, and again in 2007 for "Cold War." Guilty Pleasures. Tori's albums can each be purchased for less than the price of a veggie burger in Los Angeles at one of 100+ digital distributors in 25 countries. These include the ubiquitous iTunes, and 30+ CD retailers, including BestBuy.com, Target.com, Amazon.com, and others. Tori's guilty pleasures include black jelly beans, cop shows, and 80s music. There is a big map of the U.S. and Europe on her wall, full of little colored pins marking cities she's played.

Here's what you say about
Tori Sparks - Rivers + Roads.