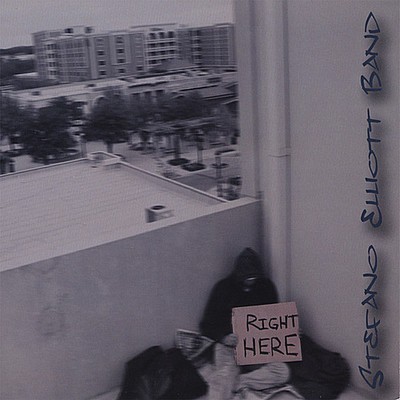 Our currency calls it e pluribus unum - out of many, one. Unity in diversity. Rarely will you find a group that embodies this concept more tangibly than the Stefano Elliott Band. The Stefano Elliott band is Stefano "Nino" Elliott (guitar, mandolin, vocals), Kyle Conway (guitar, vocals), Brian McKean (bass, vocals), Mikey Cunningham (keyboards, vocals), and Dave Edwards (percussion). They are a study in contrasts: One of them started playing his instrument at the age of 5, and another picked up his instrument and learned to play it the night before his first performance - and the others are somewhere in the middle. Some graduated from a private Christian university, some from a state school, and some not at all. Some of them were born Texas, but others in New Mexico, Missouri, and Italy. Some of them have played in many bands before - for others, this is their first. Some are parents, one is not. Some are early adapters, with multiple computers and fiber optic connections and DVR, and one just got a mobile phone three weeks ago. Their musical influences range from Michael McDonald to Merle Haggard, from Keith Green to Al Green, from Crosby, Stills, & Nash to Phillips, Craig & Dean. And yet, they are a study in unity: They share a strong love for God, and a passion for using their gifts to bring glory to Him and encouragement to His people. Their tight instrumental arrangements serve as the foundation for the seamless harmonies of their vocal blend, and their love for people serves as the foundation for their desire to touch hearts with the good news of Jesus.

Here's what you say about
Stefano Elliott Band - Right Here.