Randy Parsons - Right from the Start 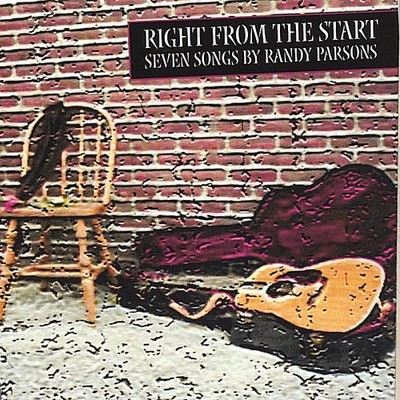 RANDY PARSONS Biography Randy Parsons Songwriter, guitar, bass, vocals Randy Parsons was born in Chattanooga, Tennessee. Despite his southern roots, however, he has spent his adult life in and around New York City. He lives with his wife Patty in East Hampton, New York on eastern Long Island. Randy plays acoustic guitar, electric bass and sings. He studied music at New York University and the Juilliard School in New York. Randy has performed solo and with a band in New England, New York and Los Angeles, including at the former Folk City, the Bitter End, the Stephen Talkhouse (Amagansett, New York) and Guild Hall (East Hampton, New York). He played bass in concert for Grammy award winning songwriter Hugh Prestwood, including opening for Crystal Gayle. Randy's songs have been played on college and commercial radio in New England. He has three CD's: City and the Sky (1976); Right from the Start (1999), and; Go Ahead and Love Someone.(2002). Randy's music can be heard over the Internet at Broadjam.com. His song "Maybe I'm Running Away" was featured in ASCAP's Song to Song Showcase in New York in March of 1998. Randy and his publishing company Lily Hill Music are affiliated with ASCAP. Lily Hill Music is represented by the Harry Fox Agency in New York. Randy has completed songwriting workshops in New York with Hugh Prestwood, Henry Gaffney, Jeff Franzel and Shirley Washington. As a member of TAXI, the L.A. based independent A&R agency, Randy's songs and acoustic guitar pieces have been forwarded to film and television producers for use in various projects. For more information, contact Lily Hill Music, Box 480 East Hampton, NY 11937, 631-329-5206, [email protected]

Here's what you say about
Randy Parsons - Right from the Start.