Animate Objects - Riding in Fast Cars with Your Momma 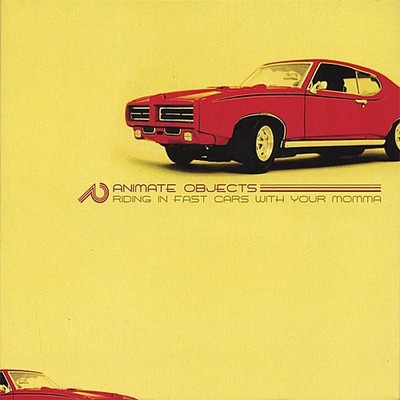 '...a live band whose music oozes an almost Philadelphia soul sound with layered grooves punctuated by rhymed lyrics about a world where hope exists alongside darkness, and women are seen as complete human beings.' -- David Jakubiak for The Chicago Sun Times -- Formed when the forces of good and evil procreated to create a delightfully deviant band, Animate Objects embodies the spirit and soul of the new hip-hop generation. EMCEEs CZAR Absolute and Wondur lead this band of merry men on a trek to El Dorado while stopping by in your towns sampling as much local culture that can be had without inviting litigation. This isn't your usual hip-hop act. To make the lyrics difficult to hear, a gang of miscreant delinquents bang on their instruments, creating music sure to strip you of your insecurities while you dance, jump, grab and prod all those around you. Birthed in Champaign, IL so their upbringing could be supervised by a tight-knight and extremely talented group of elders, Animate Objects spent equal parts in time-out and at the front of the class. Winning awards and being featured on international records gave them the desire to head to the bright lights of Chicago-where they continue their fiendish plot today. However, the powers that be have caught up to our little heroes, as the band has now been profiled in: Chicago Tribune, Chicago Sun-Times, Billboard Magazine, and many other publications. In attempting to further stay the progress of the AO revolution, the band has been given awards the world over, making it increasingly difficult to avoid scrutiny from the watchful eyes of Congress. Winners of the 2008 Independent Music Award for Best Hip-Hop Song 'El Dorado', the Metromix/Chicago Tribune 2007 Rock N' Vote, the 2007 iGo Audio Emissions debut CD contest, and the 2005 WPGU/Buzz Local Music Award for Best Hip Hop Band, the Objects are conjuring up a plan to fuse their sound with your soul. So enjoy the ride and please, bring us food!

Here's what you say about
Animate Objects - Riding in Fast Cars with Your Momma.