Sean Cox - Return to Me 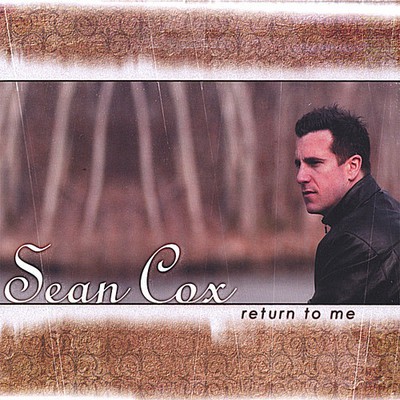 It all starts with an angel. Specifically, the guardian angel Sean Cox carries in his pocket, a treasured gift from his mother. Perhaps it's the angel that brings the songs to Sean, if you believe in that sort of thing. If not, maybe it's just talent, pure and simple. Either way, Sean's been gifted with an ability to write catchy, relatable pop songs, singer-songwriter stuff backed by a full band that you can really sink your teeth into, wrap around yourself like a blanket, relate to like an old friend. Back when Sean was 17 and writing his first song, the angel came in the form of a girl on whom he had a crush. Next Sean tried the band route, going so far as to win a national battle of the bands with Hard Rock Cafe. After an opening slot for Simple Plan in Steamboat, Colo., Sean was hooked. His life path, as it were, became suddenly clear: to encompass every aspect of his music career as he possibly could. To that end, Sean's just released his debut solo CD, Return to Me. While the album may or may not have been inspired by angels, there are definite hints of divine influence. Explains Sean, 'The album just appeared to take shape by itself. A collection of experiences and ideas seemed to come together in a confluence of streams of thought. Instead of pushing against this torrent of sounds, I simply flowed with it, eventually riding down this wonderful river until I reached the sea.' If the album's songs flowed smoothly, the production was like the sea air after a storm, crisp and clean. Sean brought in award-winning drummer/producer Kevin Hupp (Rufus Wainright, Joan Osborne, Maceo Parker); the keyboards and string arrangements were provided by the ever-talented C.P. Roth (Blessid Union of Souls, Ozzy Osbourne). The combination of production and instrumentation with colorful melodies and heartfelt words leads to a release that is vivid, lasting, heavenly. 'The songwriting comes easy,' Sean says without a hint of self-consciousness, 'connecting with my emotions and translating them into songs.' It's this emotional honesty that makes Return to Me resonate so strongly with the listener; at times, it plays almost like a personal conversation with a friend, set to music. Still, all the music and talent wouldn't mean a thing to Sean without family. 'The guardian angel that my mom gave me is a reminder of that,' he says. 'The guiding truth is that I know where I come from and who I am.' Amen to that. His album was mixed by Grammy Award winning producer Peter Moshay at A-Pawling Studios in Pawling, NY and mastered by Joe Lambert at Trutone Mastering Studios in New York, NY.

Here's what you say about
Sean Cox - Return to Me.