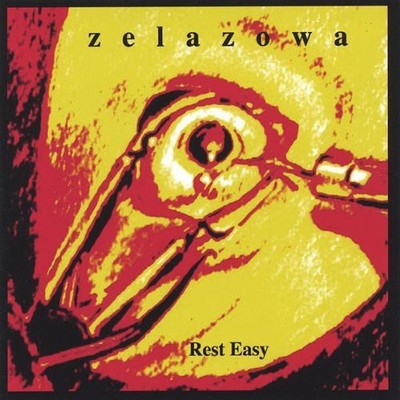 The fact that Zelazowa's name - derived from the birthplace of composer Frederick Chopin in Poland - loosely translates to 'steel will' could hardly be more apropos. Over the course of the past few years, the Philadelphia-based band has been a study in what can be accomplished when armed solely with sheer willpower and determination, taking on the challenges of operating as a national band into it's own hands with a steadfast do-it-yourself ethic. Without a fancy record deal, without the help of management or any other kind of machinery pushing it forward, Zelazowa has scratched and clawed it's way into the international arena, booking it's own tours throughout 48 states and 15 European countries (headlining shows along the way at such legendary clubs as Live Nation's Garage Club in Oslo, Norway, and Sony Music's Sala Heineken in Madrid, Spain), achieving radio play on more than 200 stations across the nation with it's last release, the acclaimed Polymorph EP (produced by Grammy-winner John Seymour). 'We're four guys from Philly who have experienced more together in 10 years than most people experience in 100 lifetimes,' says singer and guitarist Bryan Weber of the band's global adventures. 'Imagine every human emotion wrapped up in a ball of fire, ready to explode at any moment - I think that basically says it. We are closer than brothers and would do anything for one another, and there's no doubt that our music and live show reflect that sentiment.' Nowhere is it reflected more brilliantly than on Zelazowa's effervescent new album, Elephants on a Mousehunt. Awash in melodic hooks and quirky ingenuity, the album is perhaps best described as the unlikely merger of AT THE DRIVE-IN's post-punk angst and SOUNDGARDEN's artful, fuzzed-out riffage, with a pinch of PAVEMENT's endearing unpredictability thrown in for good measure. Perhaps David Urbanic, whose Ship King Media company released a 2007 documentary film on Zelazowa, portraying them as the quintessential DIY touring band, framed the quartet's music best: 'Theirs is an incomparable combination of timeless melody and maniacal bedlam.' If the Polymorph EP was able to garner Zelazowa so much attention, there seems to be no capping Elephants on a Mousehunt's potential. Why, then, would a band that's traveled the world and infiltrated the music industry not grab at one of the label offers dangling in it's face? For the same reason it opted for the DIY approach in the first place: 'Credibility, distrust in the competence of others, and impatience,' Weber laughs. 'There was no way that we were gonna sit around and wait for the man to show up on our doorstep with a label deal and a golden pen. We made the decision at an early age to do it ourselves, the way we wanted to do it, regardless of what others thought.' Considering what Zelazowa's achieved on it's own so far, it's hard to argue against that mentality. But the band members will be the first to admit that the last few years haven't been all milkshakes and lollipops; life rarely is for a band comprised of two brothers (just ask the Gallaghers), not to mention a pair of cousins as well. However, Weber maintains that Zelazowa's family ties are ultimately part of what helps the band persevere. 'There is an intrinsic understanding and comparable drive between the four of us that I've never seen before in any professional relationship ... That's exactly why we're able to push each other to the brink of our abilities without breaking down and killing someone,' Weber grins. Elephants on a Mousehunt's title itself, taken from the lyrics of the second track, 'Numbers,' is a metaphor railing against the circus that our last president's time in office so often resembled. That makes it all the more fitting that the album is seeing the light of day in the first moments of a new president's term, an historic time when, even with an economy in recession and two wars to fight, all problems seem solvable. It just might take a little of that old 'steel will.'

Here's what you say about
Zelazowa - Rest Easy.