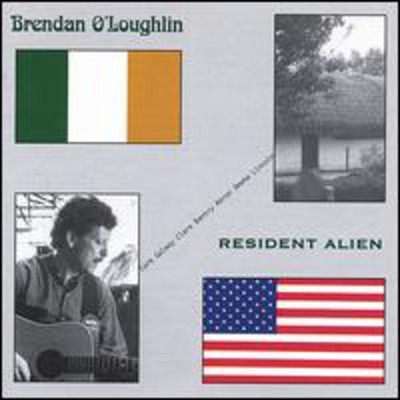 Born in Limerick City, in Ireland, Brendan joined the Irish Showband circuit as a teenager and opened for such acts as Johnny Cash, Roy Orbison and Chubby Checker. Moved to the USA in 1986 to develop his career as an Irish entertainer covering Irish, Pop, Country and Folk music.His first album of original songs, Cry for Unity, produced by Bob Hanks (Dr Hook) was released in 1993. A second album, Resident Alien, soon followed. NEW CD 'BETWEEN TWO SHORES' IS NOW AVAILABLE!!! Refreshing,different and intriguing. Brendan has created a fascinating variation of Irish/Americanhybrid music' said John O'Regan, Folk Roots and Dirty Linen. -----Brendan O'Loughlin's music refuses to be categorized. It features jigs, pub songs, country, and a bit of rock.' said Dianne Shaw, Irish American Artists/Musicians.----Not like anything you hear elsewhere. Brendan is really breaking ground of his owndesign.' said Elizabeth Badurina Rambles Cultural Arts Magazine.------This is an eclectic slice of celtic music, The variety of his musical experiences are all evident and presented here.' said Kevin McCarthy's Celtic Music CD Reviews! Location Pheonix, AZ - USA Copyright notice. All material on MP3.com is protected by copyright law and by international treaties. You may download this material and make reasonable number of copies of this material only for your own personal use. You may not otherwise reproduce, distribute, publicly perform, publicly display, or create derivative works of this material, unless authorized by the appropriate copyright owner(s).

Here's what you say about
Brendan O'Loughlin - Resident Alien.