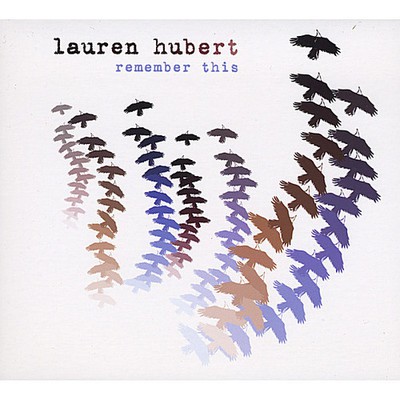 Bio by Lauren Hubert I was in third grade, and I saw Disney's 'The Little Mermaid' for the first time. That was the moment I knew I wanted to sing. Shortly after this, my mom got me a tape recorder with a microphone which I used incessantly to record me singing covers of Disney songs. (I actually still have the cassette tapes, and I'm considering including them on my next album... kidding.) From that point on, I sang as much as I could in choirs, school musicals, and in the shower. Once I got to high school, I became discouraged when I was repeatedly rejected for exclusive singing groups and musicals. I stayed in the all-inclusive choirs all four years, but in the end I buried my dream of becoming a singer. I decided instead to become a music teacher; it seemed like the most logical choice at the time and the only way to keep music in my life. I moved from my hometown of LaGrange, Illinois (just outside of Chicago) to Kansas City, Missouri to pursue a vocal music education degree at the University of Missouri - Kansas City. Although my teaching career didn't work out, I can't fully regret taking the path I took, as it led me to meet William Moxham. In hindsight, I believe this to be the single most important turning point in my life (so far). He was (and still is) the most talented and inspiring person I have ever known. He helped me to remember a dream I abandoned somewhere in high school, and he endlessly encouraged me to make it a reality. None of my songs would have been written without his inspiration. Maybe he's, like, my muse or something... About a year later I had purchased a Mac laptop, a microphone, a guitar, a keyboard, and various other recording equipment. I recorded a few songs at home, and passed them over to Will. With his magical musical ability to play any instrument he touches, my songs were made complete. In March, 2007 we moved to Chicago, and began recording (in our basement) our first full album. We had limited funds, but we worked as well as we could with the tools we had. In April 2008, it was finally finished! 'Remember This' includes an eclectic mix of playful, intimate, and powerful songs in the indie-rock-pop style. All the songs were inspired by different things I have experienced in my life up to this point. Some are about relationships, past and present, but I believe the overall tone of the album to be about change. This album represents a time in my life when I realized I had better make my dream a reality while I still had the chance. I realized I had put this off for too long, and it was now or never if I wanted to make it happen. It's like the lyrics in my song 'Crows Fly Us Home' - 'All the tomorrows you're saving away all become yesterday.' Time can sneak up on you, and I didn't want my entire life to go by without taking a chance to make my own music. 'Remember This' is solid proof of my first steps down this new path. And I know it is only the beginning; I still have many songs to write.

Here's what you say about
Lauren Hubert - Remember This.