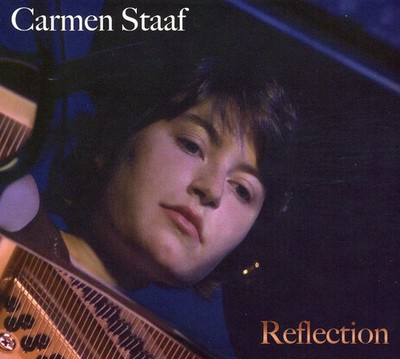 Winner of the 2009 Mary Lou Williams Women in Jazz Pianist Competition, Carmen Staaf has performed internationally at the Festa do Jazz do Teatro Sao Luiz in Lisbon, Portugal, the Panama Jazz Festival, the Montreux Jazz Festival in Switzerland and the North Sea Jazz Festival in The Netherlands, and at the Concurso de Jovenes Jazzistas (Young Jazz Musicians Contest) in Havana, Cuba. As a winner of the 2004 IAJE Sisters in Jazz Competition, she performed at the 2005 IAJE Conference in Long Beach, California and the Kennedy Center Mary Lou Williams Women in Jazz Festival. Carmen was selected to attend the International Music Council\'s International Music Day celebrations in Paris, France, and performed at the 2004 Ravinia Festival in Chicago as a participant in the prestigious Steans Institute for Young Artists. Ms. Staaf has worked with Bob Brookmeyer, Oliver Lake, Eddie Gomez, George Garzone and Stefon Harris, and has shared the stage with other musical greats including Dave Liebman, Rufus Reid and Ernestine Anderson. She was the pianist in Malian kora master Balla Tounkara\'s afro-pop group and currently plays piano and accordion in the New York-based klezmer band Khevre, led by clarinetist Michael Winograd. She also subs with Hankus Netsky\'s Klezmer Conservatory Band and with Susan Watts and the Fabulous Shpielkehs, and has appeared in Brooklyn with Kenny Wollesen\'s Himalayas. She has participated in many studio recordings including Khevre\'s debut album \'Oyfn Sheydveg\' and the Staaf Quartet\'s eponymous first release, as well as on Richie Barshay\'s album \'Homework\' and the debut of the jazz quartet Four Across. Carmen\'s compositions and arrangements have been performed by pianist Ran Blake and the Seattle Women\'s Jazz Orchestra, as well as being featured on the Staaf Quartet recording. Carmen is currently a faculty member at Berklee College of Music in Boston, where she teaches private piano lessons and keyboard labs as a member of the piano department. Ms. Staaf studied at the New England Conservatory with Danilo Perez and Bob Brookmeyer and has been coached by James Moody, Johnny Griffin, David Baker, and George Cables. She spent six months studying and performing in Cuba and is well versed in many Caribbean and South American genres.

Here's what you say about
Carmen Staaf - Reflection.