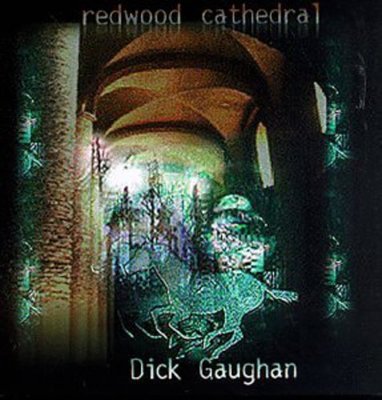 'Although this album does contain two of my own songs, it is primarily an homage by a song interpreter to the craft of the songwriter,' writes the estimable Scottish singer/songwriter/guitarist Dick Gaughan in his liner notes for 'Redwood Cathedral.' 'This is basically a collection of songs written by highly skilled songwriters, well-crafted songs I love and which I love singing and exploring.' The CD is a wide-ranging musical mosaic of contemporary and traditional-sounding gems by some of the world's best songwriters. Gaughan's ability to take other writers' songs and make them personal statements is amazing. As with many Gaughan recordings, this one mixes songs of political, historical, natural and personal themes, including compositions by Pete Seeger (the timeless 'Turn! Turn! Turn!'), Si Kahn ('Gone, Gonna Rise Again'), the late Townes Van Zandt (his classic 'Pancho and Lefty'), the Incredible String Band's Robin Williamson ('October Song'), fellow Scot Brian McNeill (founder of the Battlefield Band and a favorite source of Gaughan's cover songs), Ron Kavana, and even a raw, aching reading of the Everly Brothers' tender oldie, 'Let It Be Me.' Bio: Dick Gaughan is a singer, songwriter and musical interpreter of tremendous depth and passion, often labeled 'the Scottish Woody Guthrie.' He has one of the finest and most sublime voices on the planet, capable of capturing the heart with the most tender of traditional ballads in one moment and stirring the fire of the spirit with his uncompromising commentary on social injustice in the next. Born in Leith, Scotland, in 1948, Dick Gaughan was brought up immersed in the musical traditions and culture of the Gaels, both Scots and Irish, which provide the foundation for everything he does. Playing guitar since the age of seven, Gaughan recorded his first of many solo albums in 1971. He was also an early member of the Boys of the Lough, served with the Scottish folk-rock group Five Hand Reel and, in the early '90s, founded the short-lived but extraordinary Clan Alba. Gaughan is deeply committed to fighting social injustice and standing up for the common man in the face of oppression. As an indefatigable worker among workers, Dick was often found collecting on street corners for the miners during their last strike and has supported workers throughout his career through fund-raising concerts. His unwavering belief in the strength of the human spirit to conquer seemingly insurmountable obstacles has fueled Dick's commitment to singing new songs and reworking old ones to point out the essential optimism and belief in humanity's ability to stand up and be free. In this, he has become a leading voice in the topical song movement and has inspired an entire generation of songwriters, such as Billy Bragg, who has recorded and sung with Dick. His 1980 masterpiece album, 'Handful of Earth,' was voted by a Folk Roots critic's poll as 'the album of the decade.'

Here's what you say about
Dick Gaughan - Redwood Cathedral.