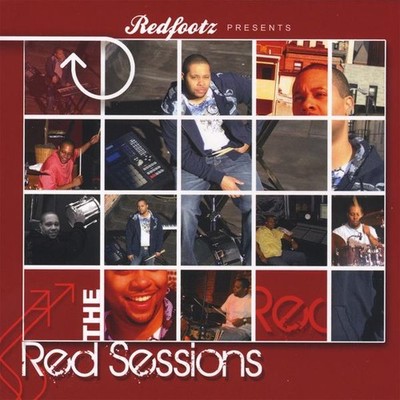 Derek 'Redfootz' Freeman has broken his way beyond the forefront of the local circuit of his hometown Washington, DC, and is on the verge of breaking into the mainstream at a steady rapid pace. Redfootz, a name given to him early in his professional career, exhibited a genuine interest in music at the tender age of 4. And he has not stopped since. He is a force to be reckoned with on the drums but has mastered the technical side of music production that could match any with national notoriety. While Redfootz is a talented drummer he has not limited himself. He has allowed his horizons to broaden into other areas of music and to various instruments. He has a wide array of musical interests from piano to sound engineering. His reverence for music will not allow for boundaries when it comes to music genre. He enjoys playing, listening to, and a respect for all types of music! Redfootz's pursuit began as a childhood hobby and has progressed into a life-long endeavor which continues to thrive through self-motivated ambition. Gaining his start, he began by playing for family members, at weddings, and then at local clubs. Soon after, he was co-founder of the Jazz-fusion and R&B group Citilites. The capacity in which he worked was multi-faceted--he was co-producer, arranger, and drummer. The public exposure received through his work with Citilites, opened the door to meeting different musicians and provided a stepping stone to more prosperous career moves. It enabled him to work more independently and to pursue other significant interests. His experience with Citilites stands out the most; thus far, in his career because it was the first time he participated in the entire recording process. His association with Citilites climaxed with the production and release of their CD entitled 'Who's Up Next' . He has since moved on from holding beats at some of the hottest social spots on the East Coast with Suttle Thoughts ! Now you can find him mostly in the studio producing music. However by chance, you might find him freelancing or sharing the stage with the likes of Ledisi, Sean 'P. Diddy' Combs, Mya, Chico Debarge, as well as many others talents. He continues to be receptive to lucrative business opportunities with respect to music. He is consistently practicing to perfect his skills and researching to remain on the cutting-edge of technology and newer equipment in music. He professes to have a positive outlook on the music industry as a whole; specifically on the consensus of music makers to revert to incorporating band musicianship or fusing both that and electronic equipment. Redfootz has equipped himself with limitless paths. He has expanded his knowledge base through private instruction and various schools of higher education and continues to build on his arsenal of talents. Having established repertoire that would be admired by the most accomplished musicians and producers of all time, he is definitely one to watch for!

Here's what you say about
Redfootz - Redfootz Presents the Red Sessions.