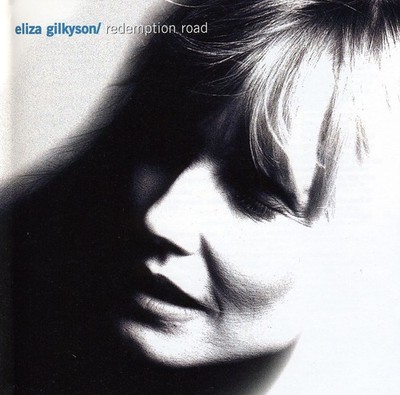 The daughter of successful songwriter Terry Gilkyson, Eliza is a third generation musician who grew up in Los Angeles knowing that her life would revolve around music. "I got into it for all the wrong reasons, more as a survival tool than anything else, but it proved to serve me more than I dared to imagine." As a teenager, she recorded demos for her dad, who wrote folk music hits "Greenfields," "Marianne," and "Memories Are Made of This," among others. "He would use me in the studio because I had a mature voice at an early age and would work for free," laughs Eliza. Soon after, she was writing and recording her own material as well. At the end of the sixties, she moved to New Mexico with likeminded souls, eventually raising a family, all the while developing a loyal fan base in the Southwest and Texas. She cut numerous records, including Pilgrims, released on Gold Castle Records in 1987.After a period in Europe working with Swiss composer/harpist Andreas Vollenweider, Eliza returned to the United States releasing Through the Looking Glass in '96 (Private Music), and 1997's Redemption Road (Silverwave/ MTI), which she has recently reissued. Eliza started her own label, Realiza Records and put out Misfits in 1999, a collection of outtakes that received favorable press as a sound that connected the worlds of folk and modern storytelling. In 2000, Eliza released her first album on the Red House Records label, Hard Times in Babylon. The album was a critical success followed quickly by more acclaim for her second recording with them, Lost and Found. She has also been on several compilations issued by Red House, including the Bob Dylan tribute album, Nod to Bob, and a Greg Brown tribute called Going Driftless, benefitting a breast cancer research group. Eliza has appeared several times on NPR's All Things Considered, recently played Austin City Limits, and in February of 2003 she was inducted into the Austin Music Hall of Fame, alongside such luminaries as Willie Nelson, Townes Van Zandt, Nancy Griffith, and others. Eliza recorded Land of Milk and Honey in 2004, a recording decidedly more sociopolitical in theme, that was nominated for a Grammy. Her most recent CD is Paradise Hotel which has already made DJ Top Ten lists all over the US and Europe.

Here's what you say about
Eliza Gilkyson - Redemption Road.